Al Diaz, a news photographer for The Miami Herald, recently experienced a harrowing photo-op on the Dolphin Expressway. Diaz was directly behind a car that suddenly stopped in heavy traffic. A frantic young woman bolted out of the car. She was shrieking and holding her 5-month-nephew who’d stopped breathing. The baby was blue and non-responsive.

Diaz flagged down a police officer and then took out his camera. The photo he took on the South Florida highway went viral. It was relayed around the world. The picture showed a young woman, on the road, bent over a baby. The woman’s mouth was on the infant’s. She was performing CPR. She saved the baby’s life.

Pamela Rauseo, the baby’s aunt, had learned the technique after an isolated incident when her own son stopped breathing seven years ago. Her child resumed breathing by himself, but the scare served as a wake-up call. She and her husband became certified in CPR.

Pamela has used her time in the public spotlight to become an advocate for CPR training for all.

It is comforting to think that we are all just a quick 911 call away from help. Sometimes, though, even a rapid response will be too late. Emergencies that involve breathing or choking often need immediate attention. Learning how to administer CPR and the Heimlich Maneuver can save lives when every minute counts.

I gave the Heimlich Maneuver to a choking victim many years ago. My husband and I were dining with friends. Suddenly one of the men got a piece of broccoli stuck in his windpipe. He couldn’t speak. He couldn’t breath. He was desperate.

The abdominal thrust I administered dislodged the obstruction. It was daunting for me to literally have someone’s life in my hands. In that case, waiting for medics might have been disastrous.

The Red Cross and several other organizations offer training to the public in these procedures. The classes they offer would be perfect for a PTA activity, sisterhood meeting or synagogue program.

Pikuach nefesh, saving a life, is a very important theme in Torah law. Would you know what to do in an emergency?

Jerusalem Steps Up To The Plate 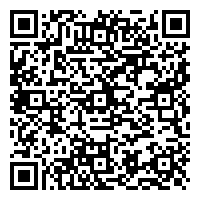