I was quite unsettled recently as I read an e-mail from a local Miami temple. The facility was promoting “Food Truck Frenzy.” In giant red letters, the flyer promised, “THE YUM BEGINS TONIGHT!”

The food truck phenomenon has become quite popular in South Florida. The trucks are large mobile vehicles that are set up to cook and serve a variety of tasty items. Menus range from fast food to gourmet. A variety of choices and ethnic fare is available. Devotees follow the trucks’ schedules and enjoy everything from snacks and desserts to full meals.


Trucks gather in different locations on set days and a festive party-like atmosphere often ensues as patrons are served in many settings and sites. The temple advertised that beginning November 4, the trucks would be at its location on Wednesdays from 5 until 10 p.m.

I wonder what the reaction would be if a Baptist church touted a liquor bar or a dance, or if a church of Jehovah’s Witnesses advertised a blood donor mobile, or if a mosque touted a restaurant that served pork. Although it is quite possible that some members of these affiliations would, and could, indulge in activities or products contrary to their denomination’s tenets, I doubt the house of worship itself would hype the activity.

Yes, it’s true the flyer came from a Reform temple. However, the fact that its motto is “Celebrating Jewish Life in Downtown Miami” should have given the temple pause to reconsider this promotion. I would say the temple needs to change either its slogan or its public display of activities that go against the basic doctrines of the Jewish faith.

The whole venture would be laughable if it weren’t such a sad reflection of the prevailing schizophrenia of the American Jewish community. I was left with a bad taste in my mouth. 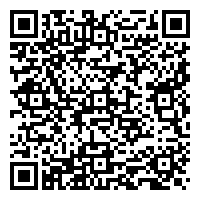