An entire busload of South Florida teens, with their local advisers, departed for Israel on July 1 to attend the National Conference of Synagogue Youth’s Shuval TJJ summer experience.

Nationally, NCSY sent over 1,200 teenagers to Israel this summer. Southern NCSY’s Shuval TJJ was the largest group participating in the unique program. The youngsters represented teenagers from public schools, day schools, and yeshivot.


“Thanks to a local philanthropist who shares our core mission, we now are able to connect more Jewish teens to Israel than ever before,” said Todd Cohn, executive director of Southern NCSY. “Our partners want to make sure that cost is not the barrier to a meaningful connection to our homeland, and have thus donated generously so that Shuval TJJ is no more expensive than local summer camps. They don’t want teens to wait until they are in college to begin forging that bond.”

“What we realized, however,” added Cohn, “is that just loving Israel isn’t enough anymore. That love does not help them defend Israel’s right to exist on a college campus, nor does it empower our teens with the confidence they need to stand up to the BDS movement. We’ve found that if we wait until students arrive on college to begin their Israel education, the battle has already been lost.”

NCSY’s Shuval TJJ seeks to empower Jewish teenagers with the ability to argue Israel’s right to exist, and to replace ignorance with action, all while preserving the classic, exciting itinerary standard TJJ programs offer. This is done by incorporating visits to historical sites in Israel and presentations by noted Israel advocates, both in Israel and before and after their return.

“We are about to see a breakthrough in Jewish education and Israel advocacy,” said Cohn. “Our partners this summer sponsored the first Shuval TJJ bus. Next year, they are expanding to three buses, and five in Summer 2017. In the next three years, then, we’ll see over 400 Jewish teenagers arrive on college campuses well prepared to passionately defend Israel’s right to exist and defend itself. That kind of positive change is exactly what NCSY is all about.” 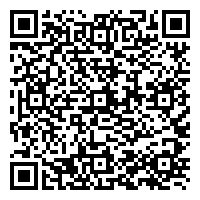