The consul general of Israel to Florida, Chaim Shacham, provided a d’var Torah. Dr. Shmuel Katz, senior vice president of the Hebrew Academy board of directors, presented a unique video.


Israel Awareness Day at Hebrew Academy was developed by the Hebrew Academy Jump Team. JUMP is a national competition program under the auspices of the National Council of Synagogue Youth (NCSY). The program allows school teams to compete against each other through a series of community-wide challenges. While participating in the program, students are given the opportunity to become leaders and make positive changes in their schools and communities while broadening their understanding of global issues facing the Jewish people. As a participating school, the Hebrew Academy JUMP Team must complete several challenges, one of which is the Israel Awareness Day event, after which the team will be judged on its creativity, teamwork, and the success and quality of its programs.

For more information about this event and the Hebrew Academy JUMP Team program, contact Rabbi Avraham Fried at 305-532-6421 ext. 219 or e-mail him at afried@rasg.org.

Jewish Voice for Peace: Sloppy With Facts, But Adept With Fabrications 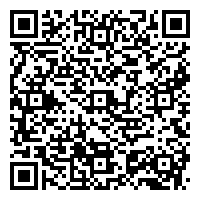