Chabad of South Broward’s Chaya Aydel Seminary is raising money to bring at least ten young Jewish women from France and other locations where anti-Semitism has recently run rampant. Although the trend in Europe has been growing for many years, the current anti-Israel and anti-Semitic atmosphere has been exacerbated by the war between Israel and Hamas. Conditions, especially in France are termed “a danger” by Rabbi Raphael Tennenhaus, Chabad’s executive vice president.

Chaya Aydel is a teaching seminary located in Hallandale. The school is in its 13th year and has graduated students from around the globe. Chaya Aydel Seminary has already established a close connection with France’s Jewish community.

Plans to place the girls for the coming school year reflect the fear and vulnerability of the Jews in France. They have seen mobs attacking synagogues and have been recipients of violence from Islamic extremists. Parents want their daughters in an environment in which they can further their Jewish education and be safe. The situation is precarious.

Tuition for the seminary includes housing, food, travel, books, and educational materials. It comes to $20,000 per student. Chabad of South Broward hopes to raise at least $200,000 for this project. Most of the girls come from conditions that preclude them from meeting the tuition requirements. They need our help.

For more information about this important project, call Rabbi Raphael Tennenhaus at 954-458-1877 or e-mail him at rtennenhaus@gmail.com. 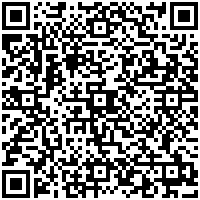