NCSY, the International Youth movement of the Orthodox Union, held its annual Jewish Unity Mentoring Program (JUMP) Conference and Challenge recently at the Hilton Huntington Hotel in Melville, New York. The comprehensive two-day seminar hosted hundreds of Jewish high school students from across the United States. The program offers a wide array of intensive leadership workshops given by prominent and influential speakers.


During the conference, the 2013-2014 JUMP Challenge was unveiled – each team was charged with the mission to successfully create and execute four events relating to Israel Advocacy, Jewish Values, Holocaust Remembrance and Bullying, as well as a fundraising event for their school and community. The JUMP Challenge is carefully designed to develop and build critical aspects of leadership that can be applied throughout life and more specifically, while serving the Jewish community.

Abraham Mihem, a student at Scheck Hillel Community School who attended the event, said: ”The seminar taught us a ton of leadership traits and had some pretty incredible speakers as well. One of the speakers, Jasmine Paithi, travels to schools all around New York and the Northeast, teaching students about Israel and how to advocate for it. During that session, we were taught argumentative skills and were challenged to use them to effectively combat anti-Semitic comments.”

JUMP’s primary goal is to train Jewish high school students to become leaders and make positive changes in their schools and communities, while broadening their understanding of global issues facing the Jewish people today. Through the JUMP Leadership Conference’s collaborative and educational initiatives, teens learn critical leadership skills, while networking with peers from across the country. Participants develop crucial skills such as problem solving, team building, public speaking, marketing, and fundraising. These acquired skills are put to the test with the launch of the JUMP Challenge.

For more information contact Southern NCSY at 561-303-6919 or e-mail rhinec@ncsy.org  or  atsouthern@ncsy.org. 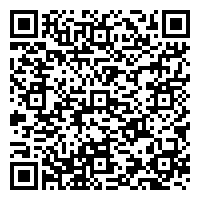