The Passing Of Gedolim

Klal Yisrael is mourning the loss of Rav Mordechai Rennert, zt”l, rosh yeshiva of Yeshiva Derech Chaim in Brooklyn, who was niftar on Friday night, February 7. Rav Rennert was only 69. He is survived by his wife and 12 children, along with grandchildren and great-grandchildren.


A week earlier, klal Yisrael grieved over the loss of Rav Avrohom Elyashiv, zt”l, the youngest son of Rav Yosef Shalom Elyashiv, zt”l. The 71-year-old Rav Avrohom was niftar on Wednesday, January 29. Among those at his levayah were his brothers-in-law, yibadel l’chaim, Rav Chaim Kanievsky, shilta, Rav Azriel Auerbach, shilta, and Rav Yitzchok Zilberstein, shilta, as well as Rav Shmuel Auerbach, shilta, Rav Meir Tzvi Bergman, shilta, and others. Rav Avrohom served as the rav of the famed caravan beis medrash, Tiferes Bachurim, in Meah Shearim, having succeeded his father. Rav Avrohom was also a rosh kollel in Mevaseret Tzion. His wife, Rebbetzin Yocheved, and their children and grandchildren survive him. He was buried on Har Hamenuchos.

Israel Defense Forces police arrested a talmid of Yeshivas Zichron Kedoshim late Tuesday night, February 4 for failing to report for military induction. His arrest followed his filing of a statement with police in connection with an accident that he witnessed. His name was red- flagged on the computer system as being AWOL from the military. Israeli police passed the information along to military police, who brought him before a judge. He was sentenced to five days in military prison.

Upon hearing the news, Rav Shmuel Auerbach personally praised the talmid for his mesiras nefesh. He also instructed talmidim to not report to induction centers or cooperate with military authorities in any way.

Rav Auerbach reportedly told the arrested talmid, “Fortunate are you, for you have suffered a loss for the Torah.” His berachah to the talmid was that his days in prison should pass with ease and that the military not subject him to any hardships.

After five days of incarceration, the talmid was released from Prison 6 this past Sunday.

His arrest sparked protests by thousands of haredim around the country. Thirteen haredim arrested at a stormy protest in Ashdod remain in jail, as police filed serious multi-count indictments against them.

On Thursday, February 6 the Satmar community observed a fast day, accompanied by the recitation of Tehillim. The Satmar Rebbe, shlita, of Williamsburg declared the fast and tefillos in light of three events involving Sifrei Torah falling to the ground in recent months and the difficult situation in Eretz Yisrael. The fast was observed on that Thursday, one of the last days of Shovavim Tat (an acronym that stands for each of the parshiyos from Parshas Shemos– Parshas Tetzaveh). Those unable to observe a fast day are encouraged to do a pidyon via the Brisi Shalom organization, which was created to combat efforts against metzitzah b’peh in New York City. 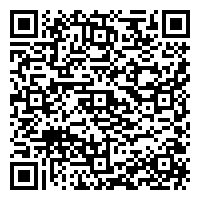