The protest, organized by Satmar, featured the participation of Rav Aharon Teitelbaum of Satmar and his brother, Rav Zalman Leib Teitelbaum of Satmar. The two Satmar Rebbes, who rarely join together for an event, put aside their differences to demonstrate the “atrocity” of the Israeli draft effort. Chassidim, including those from kehillos such as Satmar, Skulen, Rachmastrivk and Vizhnitz – whose admorim strongly supported the event – constituted the majority of the participants.

Following Minchah Rav Ohser Kalmanowitz, rosh yeshiva of the Mirrer Yeshiva in Brooklyn, led the recital of Tehillim. Rav Yitzchok Glick of the Hisachdus Harabbanim was the program chairman.

Police estimate that as many as 20,000 people participated in the protest.

Rav Aharon Leib Shteinman opposed the protest, believing that it would give negative PR to an effort that has strong implications vis-à-vis Israeli policy.

There was confusion over the opinion of Rav Chaim Kanievsky. A letter was forged in Rav Kanievsky’s name, originally stating that he favored the protest. Rav Shmuel Kamenetsky, rosh yeshiva of Yeshiva of Philadelphia and senior member of the Moetzes Gedolei HaTorah of Agudas Yisrael, had said that the American olam hayeshivos should not participate in Sunday’s protest rally. He said that this was the opinion of Rav Shteinman and Maran Rav Kanievsky. Two of Rav Chaim’s sons, Rav Shlomo Kanievsky and Rav Yitzchok Shaul Kanievsky, released a letter stating their father’s opinion. The letter makes clear that Rav Chaim’s feelings on the matter are that “since Rav Shteinman maintains that protests should not be made regarding this issue, there is no purpose to them. The main focus is to increase limud haTorah, yiras Shamayim and tefillos, and that only through this will all the terrible gezeiros be annulled. The opinion of Rav Chaim is that everything that Rav Shteinman says should be done.” The letter is signed by Rav Shlomo Kanievsky and Rav Yitzchok Shaul Kanievsky. It bears the signature of Rav Chaim Kanievsky, as well, who writes that “all of this is clear and accurate.”

Beis Medrash Govoha, in Lakewood, NJ, and most Litvish yeshivos did not officially attend the rally. In line with Rav Chaim’s advice, Rav Simcha Bunim Cohen, rav of Khal Ateres Yeshaya in Lakewood held a yom limud, with the recital of Tehillim, on Sunday in light of the current gezeiros affecting Jews in Eretz Yisrael. 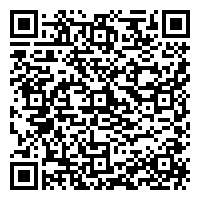