In this week’s parshah the Torah discusses many halachos of tumah. One halacha is that a person who is tamei may not enter the Mikdash. Doing so makes him liable for kareis.


The Gemara in Arachin 3a derives from a pasuk in this week’s parshah, where the word “ish” (man) appears, that a minor who enters the Mikdash in a tamei state is exempt from kareis. Tosfos, on the Gemara there, asks why it was necessary for the Torah to write the word “ish,” thereby excluding a minor from the punishment of kareis. After all, a minor is never liable for his actions and never receives any form of punishment. Tosfos answers that since the Gemara earlier drew from a pasuk that a minor becomes tamei when he touches a dead body, and will then require to be sprinkled with the ashes of a parah adumah, one may have thought that a minor is included in the entire parshah of tumah. If so, he would be liable for kareis if he enters the Mikdash in his tamei state. Therefore, the Torah wrote “ish” in order to teach us that a minor is exempt from kareis.

Where Am I: It’s Hot 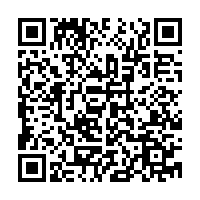