Last year, Gabriel Naghi (who has since graduated and is now studying in Israel) and Alex Fax, father of then-10th grader Yair Fax, pioneered the YULA Robotics Team, a co-ed squad that held biweekly meetings. Although the team built a robot that could have competed, all of the qualifying competitions were held on Saturday, restricting the team’s ability to progress.


Work on the robot started earlier and Mr. McKiernan, the Girls School chemistry teacher, agreed to join Alex Fax as a mentor. A most important factor was that the YULA administration allowed the robotics team to host their own competition on a Sunday, which 10 non-Jewish schools and NCJHS attended.

The school’s auditorium was completely transformed into a robotics arena, with classroom chairs stacked on the side and tables laid out for the judges and volunteers to work on. The volunteers that staffed the entire competition were from the host school and the visiting schools alike.

In the end, YULA would win both the trophy (and medals) for the Winning Alliance and the trophy for the “Most Motivated” team (with the most motivated supporters). YULA was the #1 seed for the upcoming regional level competition, but will be unable to compete because that competition is on a Saturday.

Nevertheless, the achievements by the second-year team are quite impressive. The hope is that next year, the robotics organization that YULA participates in will hold its competitions on Sundays. That will give YULA or another Sabbath-observing team a chance to progress further. 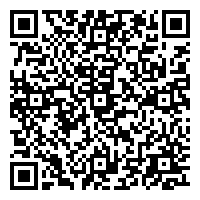