In an expression of thanks to the Los Angeles Police Department for keeping the L.A. Jewish community safe during the High Holiday season and Sukkot, the OU West Coast Region sponsored an appreciation breakfast in honor of the LAPD. Attending the breakfast were Commanding Officer Captain Evangeline Nathan, the LAPD’s senior leadership, and City Councilman Paul Koretz’s Chief Field Deputy, Jay Greenstein.

“We’ve had a relationship with the LAPD senior leadership for many years,” said Rabbi Alan Kalinsky, director of the OU West Coast Region. “And it is vitally important that we keep that alive as we show the Police Department that we care about them and the work they do.”


Rabbi Adir Posy, assistant director of the OU West Coast Region, said, “For so much of Jewish history, the Jewish people have been in the unfortunate position of having a relationship with police that was based on distrust and animosity. How fortunate we are in a country and a community where the dialogue is so open and the desire is so sincere to work together and to share genuine friendship.” 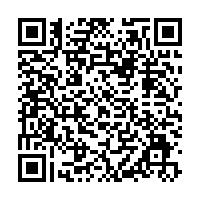