To honor his father’s final wish, former Los Angeles Lakers basketball superstar Kareem Abdul-Jabbar is making a film about World War II. And his father requested that Abdul-Jabbar visit Israel to meet the little boy that the father rescued at Buchenwald at war’s end.


Rabbi Lau recalls an African-American soldier coming up to him, picking him up and saying, “Look at this sweet kid, he isn’t even eight yet. This was your [the Nazis’] enemy? He threatened the Third Reich? He is the one against whom you waged war and murdered millions like him?”

Rabbi Lau, chairman of the Yad Vashem Council, said, “The fact that such a famous basketball player – and a Muslim – is about to attach himself to the Holocaust issue is very exciting. I will certainly give my blessing to this initiative.” 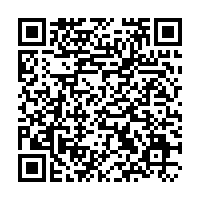