A popular Torah lecturer, Rebbetzin Jungreis has built a successful career by helping make thousands of shidduchim that have led to marriage. Over the last five decades, she has written extensively on the subject of relationships. Her book, The Committed Marriage, has sold tens of thousands of copies and has been translated into many different languages.


Many people from around the world have sought her advice on marital relationships, parent-child conflicts, and extended family matters. Basing her work on Torah, Rebbetzin Jungreis has assisted in mending fractious relationships and has been a strong advocate of shalom bayis.

After the fundraiser Beverley Lieberman, director of programming at Beth Jacob Congregation of Irvine, said, “Words can’t even begin to describe the awesome power of the rebbetzin’s words. Everyone in our audience sat in rapt attention and imbibed her enormous Torah wisdom. We are so pleased and exceptionally grateful that the rebbetzin accepted our invitation to address our congregation.

“Our mikveh is a major and vitally important project that will benefit the Irvine Jewish community for generations to come, and the fact that Rebbetzin Jungreis was a part of its success means so very much to us.”

Irvine Jewish community member Sandy Stein said, “What touched me the most about the rebbetzin’s address was her genuine and palpable love for every Jew. I can say most definitively that everyone I know who attended her lecture came home with a wealth of Torah knowledge. Our collective souls soared with the joy that she imparted.” 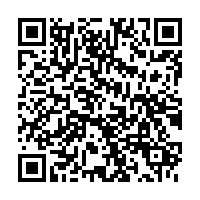