Events In The West: Scholars-in-residence are aplenty this Shabbos. They include Lori Palatnik at Beth Jacob San Diego: author and scholar Rabbi Ari Kahn at Young Israel Aish in Las Vegas; Rabbi Chaim Levine, of Hope for Heroism, at BMCH in Seattle: and Rabbi Ben Zion Chait, director of national initiatives of Yeshivas Chofetz Chaim, and Rabbi Avram Goldish, rosh yeshiva of Yeshivas Nesivos HaTorah Yerushalayim, at Anshe Emes in L.A. … On January 19, Rabbi Natan Slifkin will speak at a private home in Valley Village, CA.

More On Ostreicher: The West Coast Section of The Jewish Press has learned that Rabbi Zvi Boyarsky of the Aleph Institute, known for its humanitarian efforts on behalf of prisoners, connected with Aaron Zell, head of private security details for Hollywood personalities like Mark Wahlberg and Sean Penn, leading to the safe return to the U.S. of New York businessman Jacob Ostreicher.


The widely distributed picture of Ostreicher in the living room of a Hancock Park home shows him talking with Wahlberg. The Jewish Press West Coast Section has also learned that actor Robert Downey Jr. purchased a new elegant wardrobe for Ostreicher, enabling him to attend shul at Congregation Levi Yitzchak in L.A. last Friday night. Ostreicher enjoyed a spiritually uplifting Friday night dinner with more than a dozen other guests at Rabbi Boyarsky’s home.

Women Only: On January 15, the aforementioned Lori Palatnik will be the guest speaker at the Women’s Wellness Workshop at the Aish Kollel in Denver. 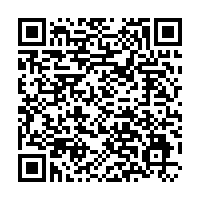