Events In The West: This Shabbos – Eitan Katz and The Jewish Experience at EDOS in Denver, CO. Sunday, September 7 at Kehillat Mogen David, a Sephardic and Ashkenazic shul in the Pico/Robertson area in L.A. invites the community to join them in recommitting to spouses by signing the Halachic Post-Nuptial agreement and committing to ending the agunah crisis. Rabbi Yona Reiss, Esq., former director of the Beit Din of America and the current head of the Beit Din of the CRC in Chicago is an expert in the area of halachic pre- and post-nuptial agreements and will speak on “The Origin and the Urgency of the Halachic Pre-Nuptial Agreements” as a part of the “Retying The Knot, Unchaining The Agunah” program. Post-nuptial agreements will be available to sign throughout the event with notaries on site. Childcare will be provided. The program includes a light breakfast, post-nuptial signing and celebration of the marriages.

Mazel Tov – Births: Bram and Chani Bregman of Ottawa, Canada, a son and a daughter (grandparents Paul and Suzanne Bregman). 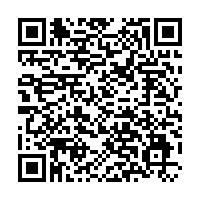