Ms. S. is 31 years old and has been hearing voices for the past 10 years. The voices come almost every day and they tell her that she is a failure, will never amount to anything, no one likes her or respects her. Ms. S. was diagnosed with schizophrenia. At the age of 21 she was told she has a disease of the brain and will need to take medication for the rest of her life. She was a senior in college, studying psychology and hoping to go to graduate school and earn a PhD. She also dreamed of marrying and having her own family. With the diagnosis of schizophrenia her dreams were shattered.

She left school and went back home to live with her parents. Over the past ten years, she was hospitalized a few times, especially when the voices commanded that she kill herself. She described the voices as powerful; they have control over her life and as a result she cannot function, cannot have friends, cannot work nor go back to school. She reports that the “the voices are tormenting me.” She is taking medications, but nothing has changed. Yes, there are times when she feels calmer, but she continues to hear voices. She expressed feelings of loneliness and sham – shame at having been diagnosed with schizophrenia and shame at hearing voices. She has watched her younger siblings move on with their lives and this has reinforced her hopelessness and distress.


Most people who hear voices feel the way Ms. S. does: they are in distress, they feel hopeless and they believe the voices control their lives. People diagnosed with schizophrenia are told, just like Ms. S. was told, that this is a disease of the brain, and like a person with diabetes, they will have to take medication for the rest of their lives. Some are also told that they cannot go back to school, work or get married or do anything that might cause them stress. This is a message that causes helplessness and despair.

Fortunately for Ms. S. and others like her, new methods on how to cope with the voices are emerging, for the most part because of the efforts of the Hearing Voices Movement. That is name of organization founded in 1987 by Marius Romme, a psychiatrist in the Netherlands, and his wife Sandra Escher, a psychologist. The organization’s membership includes voice hearers who have recovered and lead meaningful lives – while continuing to hear voices. Countless voice hearers have gained ascendancy over the negative impact of their voice hearing experience. The organization has branches in many European countries, Australia, and more recently, here in the United States.

The Hearing Voices Movement espouses the theory that the voices people hear are real and should be treated like people. They believe that the problem is not the voices themselves, but the relationship to the voices, the power and influence that voices have in a person’s life. The voice hearer is taught to talk directly with the voices and negotiate with them: asking what they want, offering to set a time for talking if they leave them alone, and most important, to talk to the voices in a respectful manner. The movement is about changing the relationship with challenging voices so they do not dominate a person’s life. It does not banish the voices from the person’s life. The point is that by talking with the voices one can reduce their power, and calm them down so that they become quieter or even become friendly.

Initially, Ms. S. was not interested in therapy. “What is the point of therapy? My past life disappeared and I have no future, I am a schizophrenic,” she said. However, after hearing about the Hearing Voices Movement and reading stories of recovery, she had this to say: “This is the first time someone told me about recovery, about the possibility of leading a better quality life.”

Confronting and talking to the voices in a respectful manner seemed utterly novel for Ms. S. Over the past ten years she has been doing everything she could to escape them. She screamed at them, she pulled her hair until she lost most of it, and hit her head all in the hope that the voices would disappear. 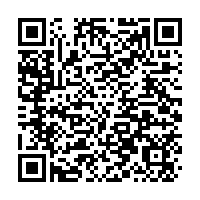