A while ago you published a letter from a woman who had written about her ordeal with breathing difficulties (Chronicles, 5-17). Though she had originally been diagnosed with chronic pulmonary disease and was told she would need to lug an oxygen tank around for possibly the rest of her life, a second medical opinion eventually freed her of the burdensome contraption altogether; a relatively simple hernia procedure relieved the pressure on her lung that had caused the problem in the first place.

I’d like to share my own recent experience with your readers. When a lingering irritation on my forehead began to worry me, I made an appointment to have it checked out by a prominent dermatologist.

As he probed and prodded the small nodule, this highly recommended physician kept shaking his head and muttering that it didn’t look good and was most likely a malignant growth. To top it off, he made sure to utter the “C” word numerous times.

He took a biopsy and said to check in for the results later in the week. Rachel, those were the longest days of my life; I prayed fervently as I pictured myself dying and leaving all my loved ones behind.

The diagnosis: a benign wart! I had been tormented for absolutely no reason. There was no justification whatsoever for this doctor’s behavior. He’s lost me as a patient for good.

Our Sages teach that even a cut in one’s little finger is heaven-ordained. More to the point, your fright was not for naught; it was something you were meant to endure — not that this in any way excuses the doctor for his terrible bedside manner. Still, you are fortunate to have gotten off with just a scare and have much to be thankful for.

Your response to “No Regrets” (Chronicles, 6-21) was right on. She was the woman who justified using the Internet on Shabbos to research her symptoms after finding blood in her urine, as she detailed in her previous letter (Chronicles, 4-12).

I was just forwarded a tweet that happens to be remarkably in line with your reply to “No Regrets” (where you simply stated that the Internet cannot be relied upon for a serious medical evaluation). The tweeter had apparently also researched an ailment on the ‘net and tweeted that “Looking up symptoms online is not a good idea. Pretty sure I have scurvy, pneumonia, the bubonic plague, dry skin, leprosy, and death.”

Sums it up neatly, doesn’t it? Thanks for sharing.

My blood is boiling. I refer to the letter by “Desperate” (Chronicles, 7-5) — the woman who has been framed squarely into the agunah picture by her coward husband and his rabbi’s intimidations. She is obviously at a disadvantage because the men in this ugly scenario are exerting the power they can and she doesn’t have. Don’t they always?

Your advice that she should absolutely refuse to sign on the dotted line was correct. She will lose whatever leverage she currently has and will have to bow to further extortion and impossible demands. And it’s obvious that being a “nice guy” doesn’t work with these unscrupulous characters.

I differ, however, with your response, where you suggest an intermediary to speak on her behalf and take the rabbi on “respectfully, of course.” Respectfully? What exactly earns him that respect? He is treating this agunah like dirt. His attitude is arrogant, overbearing, pompous, threatening, menacing and bullying. She is right in stating that he would never speak to a man in that manner. He wouldn’t dare because the man would simply ignore him, walk out or return the favor in kind.

And, NO, she does not have to sit and take the abuse. Fortunately, this is a free country and we have certain laws dealing with bullying and extortion. What she needs is to first and foremost respond in kind. If and when she next speaks to him, she needs to raise her voice, bang her fist on the table and tell him to his face that she will bring charges against him for harassment and intimidation. Immediately thereafter, she should file such a complaint with the police department and the district attorney of her borough. 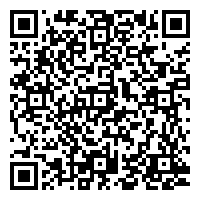