Healing and Forgiveness: Here and in the Hereafter

Last week’s column chronicled a man’s riveting account of the love-hate relationship his mom had fostered over the course of his growing years and into adulthood. A deep resentfulness festered in the heart of a young boy whose mother had coddled him from as far back as he could remember — to the detriment of his wellbeing. Their unhealthy bonding ultimately crippled his emotional development.

Dovid F. wrote about how his mother’s “confusing, self-serving and selfish” love would exasperate him to no end and eventually leave him incapable of forming healthy and productive adult relationships. The bitterness in his heart ate at him and would not dissipate with the passing of time. Even at her funeral, as his mother was being laid to her eternal rest, he was still not ready to forgive her…

At the same time, Dovid concedes that his mom had “slaved, toiled and worried” about him over the years and had instilled in him and his sibling “the gift of a value system” he cherishes to this day.

Finally, a breakthrough in therapy, intense self-examination and a consultation with a Rav brings Dovid to a turning point in his life… as he begins to shed the enmity buried deep within his psyche.

If pain could be depicted on an artist’s canvas, yours would portray a vivid landscape of agony and suffering to instantly penetrate the viewer’s heart to the core. Your articulation of the turmoil you’ve endured since your childhood moved the reader to feel with you, to empathize with the young child helpless to stop the abuse heaped upon him by none other than the one entrusted to shield him from hurt: his mother.

Intriguingly, there is no mention of a father figure anywhere in your letter; you speak only of your mom. Could she have somehow been left to raise her children without her husband at her side? Then again, your mom may have simply been the dominant parental figure and your father the passive sort playing a subordinate role in their household. Or, perhaps a wide age gap between your parents made her regard him more as a father figure. (In the post-war era young girls commonly married older men who had lost their entire families in the war.)

In any case, you apparently were made to fill an emotional void in your mother’s life; it was you she chose to lean on to satisfy her narcissistic needs, to assure her by word or deed that she was loved, lovable, wanted, needed and cared about — an unfair and unendurable burden to foist on one’s child of any age, let alone a mere child.

This syndrome is today identified as “emotional incest” — known to wreak enormous upheaval in the object of the parent’s perverted adulation. Your mother’s emotionally controlling and manipulative ways led to your abhorrence of the adult female whom you would instinctively regard as a mother figure.

In a healthy parental relationship it is the child who relies on his or her parent for emotional support, not the other way around. A parent’s love is nurturing, even while tempered with discipline. Boys naturally tend to look up to their father as a role model, girls to their mothers. Thankfully, you’ve sought appropriate counseling and have at long last begun to heal.

Let’s focus a bit on your mom a”h: The unedited version of your letter alludes more strongly to your mother’s Holocaust past. She may have survived the war, but at what an astronomical cost: the tragic loss of her own role models, and at a crucial age when she would have needed them most.

Can any of us ever fathom the horrors our forbears were made to endure… or dare sit in judgment of a Holocaust survivor? That these tormented souls managed to emerge from the ashes, from starvation, humiliation and inhuman deprivation to start their lives anew was a feat in itself.

Some no doubt fared better than others. Many suffered mental breakdowns and countless others endured debilitating physical impairment as a result of the harsh conditions they were made to withstand. Nearly all can be said to have been psychologically or physiologically affected to some degree. 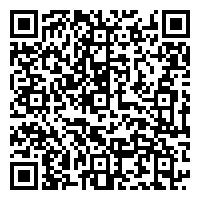