In a recent column you ran a letter from a mother of several children who had a rude awakening when her oldest (a 12-year-old boy) was diagnosed with Asperger’s Syndrome. But I am not writing to address this particular problem.

To be honest, what got my attention was this mom’s reference to her son’s “particularly contentious relationship with a younger sib.” As she further elaborated, sibling rivalry is hardly uncommon among children in many families — ours being one of them.

Thanks G-d, we are the parents of three children, two girls and a baby boy. The girls were born less than two years apart. I was thrilled for “Judy” when our second daughter came along, figuring they’d become each other’s best friend. (My sentiment may be rooted in the fact that I am one of 13 sibs — and the only female.)

Well, I sure deluded myself. The constant friction between my girls breaks my heart. Judy, almost ten, brushes off her 8-year old sib as though she were an annoying piece of lint on her sweater. Poor Debbie is often reduced to tears and her sister’s rejection has caused her to become increasingly envious and resentful of her. Maybe I should count my lucky stars that they are female; as boys they’d have been more likely to vent their frustrations in a physical way, by beating each other up.

I often think back to the comments made by well-wishers when our second daughter was born. “Oh you’re so fortunate!” they gushed. “Your Judy will now have a friend to bond with!” Of course we know this to be more or less the standard consolation line used for new parents who are presumed to have hoped for a boy (following girls) or vice versa.

Truthfully, I believed it. (Wishful thinking on my part?) Rachel, my two girls are as far apart in every way as could be. The older is a self-confident ‘leader’ type, the younger always in need of validation and approval. I realize this does not amount to a so-called crisis but thought you might have some ideas to pass along.

One can never really tell what life will bring. A lot of it is mazel (luck). Sometimes different temperaments will complement one another, other times they might clash. When you had your baby boy, your younger daughter in all likelihood found herself suddenly stripped of her “baby” status in the family. Her resentment would have set in as she watched her replacement being fussed and cooed over. What with all the preparations that go into making a bris and the care given the infant following the ceremony, this “intruder” received even more than due notice, from a young Debbie’s standpoint.

Debbie should be encouraged to bond with other girls her age. Since she is of the more insecure self-conscious type, help arrange to have a friend over for a play date on a Sunday afternoon or for a Shabbos sleepover. This would take the onus off of her older sister who seems to feel burdened by having her schlep-along younger sister hanging on her, especially when she is with her own friends.

But take heart, Mom. An age difference is more pronounced at a young and tender age and will gradually dissipate with growth and maturity. Even with their divergent personalities, your girls may yet become best buddies.

Some years ago I came across a beautiful and moving testament to sibling devotion and hope the author won’t mind my sharing a portion of it here with readers. “Marcel, My Brother” by Charles Krauthammer first appeared in The Washington Post on January 27, 2006 and more recently in the author’s new book Things That Matter (publisher Crown Forum).

In the following excerpt, Dr. Krauthammer – eminent columnist, political commentator and Pulitzer Prize winner – speaks of “…the golden youth of our childhood together.”

He was four years older and a magnificent athlete: good ballplayer, great sailor and the most elegant skier I’d ever seen. But he was generous with his gifts. He taught me most everything I ever learned about every sport I ever played. He taught me how to throw a football, hit a backhand, grip a 9-iron, field a grounder, dock a sailboat in a tailing wind.

He was even more generous still. Whenever I think back to my childhood friends — Morgie, Fiedler, Klipper, the Beller boys — I realize they were not my contemporaries but his. And when you’re young, four years is a chasm. But everyone knew Marcel’s rule: “Charlie plays.” The corollary was understood: If Charlie doesn’t play, Marcel doesn’t play. I played. From the youngest age he taught me to go one-on-one with the big boys, a rare and priceless gift.

And how we played. Spring came late where we grew up in Canada, but every year our father would take us out of school early to have a full three months of summer at our little cottage in the seaside town of Long Beach, N.Y. For those three months of endless summer, Marcel and I were inseparable, vagabond brothers shuttling endlessly on our Schwinns from beach to beach, ballgame to ballgame. Day and night we played every sport ever invented, and some games, such as three-step stoopball and sidewalk spaldeen, we just made up ourselves. For a couple of summers we even wangled ourselves jobs teaching sailing at the splendidly named Treasure Island day camp nearby. It was paradise.

There is a black-and-white photograph of us, two boys alone. He’s maybe 11, I’m 7. We’re sitting on a jetty, those jutting piles of rock that little beach towns throw down at half-mile intervals to hold back the sea. In the photo, nothing but sand, sea and sky, the pure elements of our summers together. We are both thin as rails, tanned to blackness and dressed in our summer finest: bathing suits and buzz cuts. Marcel’s left arm is draped around my neck with that effortless natural ease — and touch of protectiveness — that only older brothers know.

Whenever I look at that picture, I know what we were thinking at the moment it was taken: It will forever be thus. Ever brothers. Ever young. Ever summer. 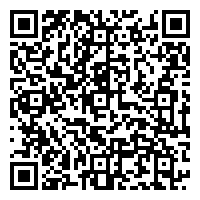