As a child and a young adult, I always liked going to Shalom Zachors on Friday night. I loved the sense of joy and anticipation for what is the greatest gift imaginable. I was convinced that my real motivation was to gain a greater perspective on the thoughts and opinions of the members of the community, although there is no question that the good food was a major motivating factor.

I didn’t think about it in any concrete way at the time, but I always saw myself sitting in the seat of the proud Daddy, greeting the well wishers and celebrating one life’s finest moments. At the time, the concept of infertility was foreign to me. While I did have some nagging doubts as to whether I would ever actually find my bashert when I decided to venture into the world of shidduchim, I always saw marriage as working hand-in-hand with raising a family.


I almost never attend a Shalom Zachor now, realizing that my one opportunity to play the part of the doting Daddy was snatched away from me. I go when I have to, but it is always an emotionally devastating experience that ruins the rest of my Shabbos.

Most of the conversations between my wife and myself during our engagement and in the early months of our marriage centered on how many children we would like to have and how we would prefer to space them if possible. My wife and I didn’t discuss the “I” word (infertility) during our first months of marriage. We were just too busy with life after our initial plans to live in Chicago fell through, and we moved cross country to Los Angeles with no money and no job prospects.

Enjoying the year as a newlywed, I always made sure to celebrate our wedding anniversary, every month on the 7th. While I was acutely aware of the passage of time, month after month, I never associated that with fertility.

I would find out years later that while I was able to live blissfully unaware, my wife was going through her own constant torment—with coworkers and friends staring at and even rubbing her stomach on an almost daily basis. While I respect and honor the tradition of not disclosing pregnancies until after the first trimester, it does provide ample opportunity for yentas and busybodies to look for any sign. Simple things like the stomach flu or the purchase of a new blouse were seen as evidence of an impending announcement.

My wife cannot count the times she was asked when everyone could start sewing baby blankets or if she was hiding something. Those were questions and thoughts none of the men shared with me in shul, and I really didn’t give it much thought.

Several months after we moved to LA, a friend asked me to become involved in a community project. Being new to the area, I thought it was a great way to start building some relationships and contacts, so I readily agreed. On the way to the meeting, I was introduced to a fellow volunteer who inquired into my marital status and then how many children I had.

I will never forget his response. When I told him that I didn’t have any children and that I was only married for nine months, he replied: “That’s all it takes, you know.” He was right, of course, but I had never really thought in those terms. That conversation was a turning point, transforming me from a husband celebrating his first year of marriage to a prospective father that needs to explain why he is behind in the game.

I don’t believe I mentioned that story to my wife, but it did get me thinking about the issue for the first time. While I was obviously aware that we were not expecting, I was so involved in the mundane parts of life and the struggles to establish a new life in a new community that I didn’t give it much thought.

Soon after, I lost my new job, and my primary focus was on finding new employment. I didn’t give fertility much thought. I don’t know why it was during that second year of marriage, after I had secured a new job, that I suddenly became so cognizant of the fact that something was wrong. 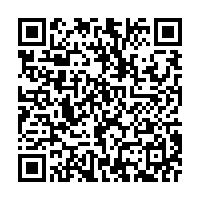