It was only after we celebrated the great news that we were expecting twins that we saw the first sign of problems. First of all, my wife was losing, not gaining weight, even as the babies continued to grow normally. Soon after, routine blood work revealed that my wife was suffering from gestational diabetes.

We had an initial consultation with a high-risk OB specialist who outlined what gestational diabetes meant in a practical sense. I understand that high-risk pregnancy doctors need to be assertive so that families really understand the severity of their situations. It can be hard to understand the gravity of a high-risk first pregnancy, as most people’s normal understanding is that after the first trimester, the vast majority of pregnancies end in a healthy live birth. Our doctor was as strict as they come, clearly expressing the fact that the babies need to be paramount, and not taking her medical advice seriously was, in essence, killing our children.


My wife would have to prick her fingers and test her blood sugar on a regular basis. She would have to go on a strict diet, limit sugar and carbohydrates, and Insulin was likely. We were also told that there was a significant chance that my wife would have bigger babies as a result of her diabetes.

In our minds, this was a small setback. The first trimester was over, and we finally announced the great news that my wife was expecting. I was in a Ph.D. program at the University of California, Riverside at the time, and I was ecstatic to share the good news that “I was going to be a daddy” with my colleagues.

People were genuinely happy for us, as they all knew that we had been married for several years without any luck. My wife bought some maternity clothes, although she really didn’t need all that much as she was losing, not gaining weight.

Our next ultrasound was monumental. We were at the point where we could clearly see the two babies taking shape and growing. I clearly remember watching and laughing as the two babies on the screen flipped and turned in utero. Looking at the screen, I remember following their every move and gushing at each turn and flip.

That ultrasound also revealed that we were expecting a boy and a girl. We decided that this was information that we preferred to keep to ourselves. The platitudes about how all we really want are healthy babies aside, we couldn’t help think about how this would potentially fulfill the mitzvah of Pru U’rvu, and we were really expecting our “instant family.”

My sister-in-law got engaged on Purim of that year and they were in the process of planning their wedding, which was going to be held in New York. Recognizing the difficulty my wife would have in flying in her third trimester, we respectfully requested that they postpone the wedding until the end of November so we could attend with our newborn twins.

Pesach was around the corner, and we were a bit concerned about the four cups of grape juice my wife was supposed to drink at the Sedarim. Gestational diabetes prohibited any fruit juices as it contained too much sugar. We asked our local rabbi who advised (in consultation with our doctor) that she use a diet, decaffeinated national brand soda in the smallest required quantity to fulfill her obligation. No such brand was available at the local stores, however, and we asked my sister-in-law to bring some in with her when she came from New York for Yom Tov.

These were exceptionally exciting times. We were to be parents, and there was soon to be a wedding. My wife informed me of the protocol. The expectation would be for me to walk down the aisle holding our female baby and for her to hold the male.

My wife and I were also in the process of moving to a two-bedroom apartment. While we weren’t “planning” for the twins before they were born, we felt that we had outgrown our one-bedroom.

And then our dream started to unravel. My wife came up to me hysterical that she was bleeding. Bleeding in the second trimester is much more serious than bleeding in the first. That news shocked me to the absolute core. We hurried to the car and to the HMO hospital for evaluation. 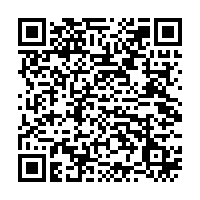