As I near the end of my days, I am a sad and broken man. I have turned to many for help, to no avail, and am writing to you as a last resort. Here is my story.

My wife and I met in a DP camp after the war. We had come from the same town and were both the sole surviving members of our families. We had nothing more than the clothes on our backs when we decided to marry. A blacksmith fashioned a wedding band for us out of scraps of metal, some women sewed some pieces of sheets together as a gown for my wife, and the chuppah was made from four talleisim attached together. It was the first wedding after the war, and hundreds of strangers cried as they watched us walk to the chuppah.

We sailed into Ellis Island without a penny to our names, yet filled with hope. We had been sponsored by a distant cousin for whom I would work. My wife got a job as a piecework operator in a sewing factory and we struggled, but were happy. We didn’t have children right away as my wife suffered from issues that were a consequence of the camps. Our doctor told us to be patient and for her to eat right and rest frequently. Baruch Hashem, her pregnancy brought us twin boys.

All in all, we had four boys and three daughters. Times were hard and we always struggled. As the children got older, they began to help out and our simple home was tranquil and beautiful, a haven and escape from the daily worries and stresses.  My beloved wife was the anchor that kept our family moored in a safe harbor and our children grew into wonderful, respectful, hard-working and polite young adults.

One night, as I was going home from work, I fell over a sack filled with papers and many, many hundred-dollar bills. While, I have to say I was tempted to keep the money, I did the right thing and took it to the police station.

As you can imagine, there was a commotion when I arrived at the station, and a huge Kiddush Hashem when I explained why I was there. The office in charge told me that if no one claimed the money, it would be give to me. I did not share what happened with anyone and life returned to normal. Soon two of my children got engaged and we scraped together money to make two weddings.

About two months before the weddings were to take place, I noticed a large black car parked in front of our home. A very distinguished gentleman stepped out and asked if I was the person who had turned over money to the police. I had almost forgotten about the money, which turned out to be his. He told me that his accountant had forgotten the deposit in the office and the cleaning woman, not realizing what was inside, tossed it out with the garbage. When he found out the money had been turned over, he had to meet the person who did it. Then he offered me a job at ten times more then I was making working in three jobs. I eventually became head of accounting at was one of the largest real estate agencies in the city, and was then offered a partnership.

Baruch Hashem, I became very wealthy and we were able to help those who had less then us. However, I did not realize what all this money was doing to our family. A simple lifestyle was no longer enough for our children and the expectations became greater and greater. And then the fighting between the children began. My wife became ill and I am sure it was her broken heart that hastened her death.

Some of our adult children do not speak with each other and refuse to attend weddings and other simchas together.

Mrs. Bluth, I remember how things were when we had no money – we had each other and that was all that mattered. Today, I am in my 90s and the sand in the hourglass is running out. I don’t want to leave this world with the knowledge that my once unified and loving family lays in tatters, splintered and separated by jealousy and hatred that my change in fortune may have caused. Please tell me what to do.

My heart truly feels your pain and as a parent and grandparent, I can genuinely relate to your tza’ar.  Like you, I, too, can recall a world where family closeness and loving consideration towards family and those in need was the one and only priority.  However, as time began to change and a certain measure of security, prosperity and rejuvenation of normalcy ensued, that reason became overshadowed by selfishness and entitlement.

You seem to think that you bear some blame, but that is not true. You made a Kiddush Hashem, which is the basis of our Torah and mission in the world. And then you shared your blessings with others. You are a great example of what should be,

Your children, on the other hand, fell short of the examples you tried so hard to instill in them. They were blinded by the possibilities the money presented, much like a parched person in the desert who finds an oasis and claims it all for himself to the exclusion of others who may need to drink as well. The wealth has blinded your children to their sense of family and caring.

You ask if there is anything to be done to return your family to what once was. I think there may well be.  Call your adult children to a meeting. When they come, begin by reminding them of how things were before the money, before the jealousy and ill will set in. If you can, have some family picture on the table to solidify those memories. Share memories of good times, stories of adventures they shared. Hopefully, there will be some laughter, which, I think will bring about a change in the way they look at each other.

Then, tell them how much it pains you to see what happened, all because of some money. Ask them how it came to be that something which came from a great mitzvah, has become a source of great heartache. What value is there in the money if it has caused such disunity?

Tell them that if they can’t correct it, you will. If they cannot find a way to reunite, you will have no choice but to change your will and leave everything to tzedakkah organizations who will use it to help those truly in need.

Watch the facial expressions around your table. I am almost certain the reaction will be immediate and intense. This will not be easy. They may threaten to have your declared incompetent, there may be screaming and yelling, and you may need to hire an attorney, if you don’t already have one. However, I hope that you will also stir up some feelings that have lain dormant for years.

Are you up to the challenge? Please keep us posted. We wish you well.

The Mobs Are Coming for the Progressives 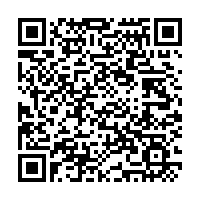