It’s amazing how your answers dealing with other people’s issues impact so many people who haven’t written to you. So consider the first part of my letter a “feel good/thank you” from the many people you help each week without knowing it. Your column is the focus of discussion every Shabbos afternoon at the gathering of ladies in our neighborhood and, since we all live out of state, would love nothing more than have you speak at our next event.


Now, to the issue at hand. Over the last three months, my husband and I have been at odds about an almost identical issue you published just recently and it is tearing my family apart. My husband was diagnosed with a late stage cancer and the prognosis is not encouraging. My husband does not want anyone to know – in fact, he has forbidden me from talking about it. He wants to spare our grown children, since there is nothing that can be done for him.

I have tried to tell him that it is a terrible thing to do, but nothing helps. He thinks he is being noble. And I just foresee so much heartache.

I know that it would be hard on them to know he is dying, but it will give them the chance to show how much they love him, to ask forgiveness for the times they caused him angst and just spend those gifted last moments with him. I think it would make the time we have together as a family so much more comforting and consoling.

And that’s how things would have remained, except I read your column about the woman diagnosed with cancer who was insisting on keeping it a secret from her children. I showed my husband your column and sage response, and lo and behold, the logic finally broke through his stubborn stance. That very night, we called together all our children and older grandchildren, and we gently broke the news to them. There were much tears, hugging and in-depth conversation and soul-searching. My husband was able to tell each and every child and grandchild how deeply loved they are and how grateful he is to be their father and grandfather. Towards the end of the evening, all the kids made plans to be heavily involved with his care and make their presence felt, more because they needed to do this than for my husbands actual physical needs. I can’t say that we parted happy and optimistic, but certainly, everyone felt that they play a vital part in their father’s day-to-day journey.

As we watch him prepare for his departure, he is surrounded by love and comfort every moment of every day, and we have drawn exceptionally close as a family. Last night, my husband woke me up and calmly told me how grateful he was to me for convincing him to tell the kids and that he was not afraid of what is to come. We spoke of many things that needed to be spoken about, and he was at peace for whatever time he has left.

Thank you again for your timely column wherein you touch on subjects that may not be popular, but are essentially situations everyone may face during a lifetime – and beyond.

When I was a young girl, I had a deep conversation with my beloved father, in which he explained that both life and death are gifts. He gave me many examples and shared many of his own experiences in the camps where the fight for life was a moment-to-moment struggle and death was, for many, a blessed release. It took many of those conversations and a dawning maturity for me to understand that life and death are both part of the Creator’s master plan. The greater question, he pointed out, is why people aren’t more fearful of living? He instilled in me the understanding that as long as there’s life, there’s hope, and where there’s hope, the possibilities are endless.

I am so comforted that you found solace from the column and that it brought your husband menuchas hanefesh so that he was able to do the right thing. Had it played out differently, your children would have been devastated, robbed of the chance to make amends and ask mechila for any instance where they may have caused their father pain. They would have been denied the chance to spend whatever time is left with their father and to get and give comfort, solace and strength for what lies ahead. Simply put, it was the right thing to do.

While I write these words to you, I hear my father’s voice saying, “don’t forget to tell them, as long as there’s life, there is still hope that Moshiach will come this day, that a cure will be found to help the afflicted, that miracles may be revealed.” I believe this to be true.

Thank you and the ladies of your Shabbos group for your kind regard for this column. I would be honored to speak at your gathering. 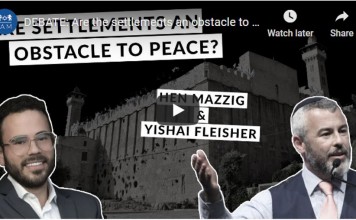 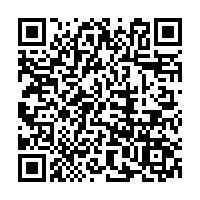