I am a newlywed, married only six weeks, and already there are signs that, perhaps, this was a mistake. I am a very independent young woman, twenty-three years of age who has been pretty much on my own since I graduated elementary school. My family is from out-of-town, I boarded in high school, which made me self-reliant – and then I spent a year in Israel. When I returned to the States, I settled in New York where I got a good job and moved into a relative’s basement apartment. I went home for some Yomim Tovim, but not for all.


I dated for a couple of years and when I met my husband he seemed like a perfect fit. He is a bit older than me, comes from a large, wealthy family and was taken into the family business in a very responsible position. He impressed me with his worldly knowledge and his prospective for the future. He was a man with a plan and I was happy to be a part of that plan. So, after dating for four weeks, he proposed, my parents flew in to meet him and his family and we got engaged.

The engagement was short, three months, and we got married and moved into an apartment my in-laws owned, in a lovely building in the city. However, almost from the outset, I noticed something unnerving: how close he was with his parents, his mother in particular. He called her every morning and chatted with her about everything we were doing, planning, or where we were going. If she had an objection to something, or a “difference of opinion” as he put it, those plans were cancelled. I was, at first annoyed, then enraged, with her constant invasion into our married life and we had many heated arguments about it. In fact, there were arguments almost from the first day of our marriage, when his mother “suggested” that I not wear an outfit I had prepared for the first sheva brochos.

At this writing, I am exhausted from this tug of war for my husband’s respect and attention and her involvement in his emotions to the point where I feel she is the one he should have married. I simply don’t count. So, before I do something I may regret, perhaps you could give me clarity on what can be done to extricate her from the picture so that this marriage will involve just the two of us.

Your letter disturbs me on a number of levels, all of which need independent attention in order to right this fractured marriage. It will take much change in the understanding and behavior of all the players involved since each one has an effect on the success or failure of this marriage. Try to be open-minded about this and not internalize my observation as placing judgement on any of you.

To start with, you have grown up with some unusual omissions that are necessary to the core fundamentals of a child’s growth. You seem not to have bonded with your parents thus denying yourself the benefit of their emotional demonstrativeness, guidance, love connect and protection. This is vital for proper development of human connection and growth, social skills and ability to form and make good choices. You, for all intents and purposes, were a seedling who grew like a weed because you did not have the care and attention of a gardener. You developed solely via your own perception and limited understanding of what you wanted for yourself and matured into a young woman who considers only her own wants, needs, expectations and ethics, without the benefit of any mature, parental role modeling from which to draw understanding of what a marriage should be. On top of that, you married very young, based on your belief in your ability to make proper choices and the inability to recognize pitfalls and obstacles.

The man you married has his own flawed upbringing issues, in the reverse. Smothered by his parents, mom in particular, and made to be totally dependent, he has separation difficulties and is unable to transfer his trust from her to you. He may be an adult, but in fact, he is still very much the child who is unable to make choices because mommy is always the one to do that for him. He may very well be able to hold a job and make decisions because he has really never left home – he is in the family business surrounded by family on whom he can lean on a daily basis.  I don’t know how well he could hold down a job in the competitive business world on his own. I could be wrong, but it’s something to consider.

Your in-laws, mother-in-law in particular, has done an exemplary job of raising her man-child. By overprotecting him and doing everything for him except eating and bathroom visits, she has denied him the privilege of learning from his mistakes. They need to learn to step away and, at least, turn that job over to you so that you can speed up the growth process and make him into the man he should and could be. This is where most of the hard work needs to take place if your marriage is to survive.

All four of you will need professional direction, each seeing his or her own therapist who can employ the professional skills and tools to deal with each individual’s needs. In that way, everyone will move forward at an even pace and improvement in your relationship should be evident in the not too distant future. Only then will you be able to see if your marriage will survive or is worth keeping. Correcting bad habits, the lack of familial and social interactions, and the will to overcome that which is defective will play a huge part in what your future as a couple will hold. I wish you the very best. 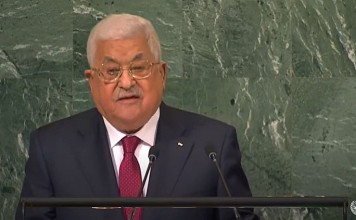 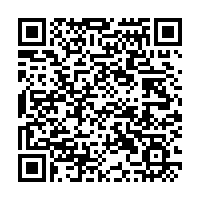