I had to write to you after reading your letter. My advice to you is Family Therapy NOW for you, your husband and his parents, and if it doesn’t work or they refuse, RUN for your life and get divorced immediately!!! I know, because I lived through it.

My husband came from a divorced home, with his father totally out of the picture. My mother-in-law turned my husband into a pseudo husband and he filled that role for her to the optimum. When I married him, I knew he was extremely close to his mother, but I was young and didn’t fully grasp what I was getting into. People told me a devoted son makes an excellent husband, so I married him. How wrong everyone was!

From the first day of our marriage, my husband had to check in with his mother morning, noon and night and a half dozen times in between. It got a thousand times worse once the kids came. He reported to her every little thing we discussed, everything we did and were planning to do in real time. If one child said something funny, he ran to the phone to tell her. It became impossible. Anytime I would bring it up to my husband that his behavior with this phoning his mother 15-20 times a day was dysfunctional, he became absolutely unhinged and enraged and screamed at me that she’s HIS mother!! Case closed. On the other hand, she would call our house after 11:00 pm to talk to him, waking me up. My pleas to have her call before 10:00 pm fell on deaf ears. When we were ready to buy a house, we ended up buying one near my mother-in-law, another huge mistake. She was forever in my house mixing into things that were none of her business. Quite often, when I would return from a women’s shiur, I found her coming out of our house (my husband was babysitting!). For all the years, my husband was at her beck and call, putting her needs above those of his wife and children. When she took ill and had to be in hospital, he would leave our family to be with her on weekdays, on shabbosim, and even Yomim Tovim (this includes sedorim on Pesach). When she passed away, I thought I would feel relieved , but instead, I feel this overpowering anger. Now that the phone doesn’t ring 20 times a day and my husband doesn’t call her countless times a day, I realize the crazy, mad life I have led and should have left when I had the chance to leave him at the outset of all this mishigas to try for a normal marriage, I am decimated at the waste of it all.

So, you see why I am so concerned that you should not make the same mistake I did. Recognize the “Mama’s Boy” syndrome and see what your life will look like. Please don’t make the same mistake I did, investing a lifetime in a sick, dysfunctional relationship that will end by making you angry and bitter for all the years you wasted making your mother-in-law’s life pleasant by sacrificing your own. RUN!!

Thank you for writing in and giving the young woman your personal experience and warning. I know you asked me to forward your letter to her, as it was much more detailed and graphic, however, she left no return address of information whereby I could honor your request. So I chose to print a shortened version, omitting anything that may lead anyone to your identity, as you have already suffered enough.

There are warning signs to most character flaws and it is the wise person who will listen to his/her inner voice of warning, or ‘Kiska’, and thus, take extra precautions before listening to ‘everyone else’. Often these signs become evident and to the forefront with a longer dating period, giving the couple a greater chance to get to know one another. And then, there are those things that are well concealed by the errant party from a long period of practice, so as not to scare off the other until they’re trapped. As was your case. Still, your letter posed another opportunity for me to warn all those in the shidduch parsha to listen to their gut as well if not better than they listen to those they ask for information. Be aware that you are looking at a lifetime investment at the most and a lot of misery at the least if you rush into something on other people’s say-so alone. 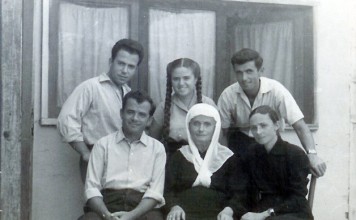 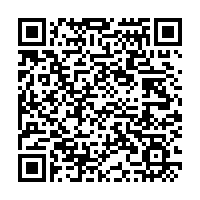