I am in a quandry and don’t know how to deal with this issue. Eight months ago I met a great guy, and after dating on and off for six months we decided we wanted to get engaged. In order for you to better understand the scope of my problem, I guess I should start somewhat farther back and fill you in on the very confused life I am leading this moment that threatens all the plans for my future.


I am a twenty-six-year-old woman who comes from a basically, reform/non-practicing home. I have an older brother who is single with no aspirations of ever marrying. We had a good upbringing, always went to good schools and attended good colleges, had tons of friends and traveled far and wide with our parents. We went to synagogue only on Yom Kippur after which we joined friends for lunch. I did not know I was Jewish until we got an invitation to attend a bat mitzvah for one of my father’s clients. After asking what that was and getting the obvious explanation, I was told that we were invited because my father was the only Jewish partner in the firm. One question led to the other, with me asking if we were Jewish, why didn’t I have a bat mitzvah when I turned twelve, or my brother, who didn’t have a bar mitzvah when he turned thirteen for that matter. My parents pointed out that we went on a cruise for my twelfth birthday, as I wanted, and we traveled to China for my brothers thirteenth birthday. The questions soon stopped and life resumed in our non-affiliated life, until I graduated from college and as a graduation gift, my parents gave me what I asked for, a year in Israel, to study and absorb the culture for reasons as strange to me as it was to them. That began the year of my awakening to my spiritual self and the understanding of my history as a Jew. After a month of clubbing with newfound Sabra friends I wanted to learn about the chassidic world that intrigued me. For the months that followed I immersed myself in that world, that I learned to love, and ultimately wanted to be a part of, since I was born into it already.

By the time I got home, I was not ‘Beverly’ anymore, I was Batya. My parents were horrified to see how I dressed; no more pants or shorts, no sleeveless cutout dresses and no make-up other than a touch of lipstick. My mother cried and said she didn’t understand me and my father kept his distance. My brother stopped talking to me all together. I asked my mother why all the objections to my returning to the faith of my birth and it was then that she divulged that both my brother and I were adopted. Shocked as I was, I didn’t see how this mattered at all and I moved out to start my life in a community of religious Orthodox families that became my family. And that is how I met Nachman, my future husband and the second blow came hammering down on me. I told Nachman that I was adopted before meeting his parents, I also explained that I was a baalas teshuva for almost five years. When I met his parents they were lovely and all was great until his father asked if I came from Jewish birth-parents or if not, did my adoptive parent have me converted when I was twelve!

I couldn’t grasp the fact that that could be an issue, but it was. I called my mother and she said NO to both questions. This now presents a grave question as to whether Nachman can marry me, as in fact I am not converted to Judaism according to Jewish Law! We have been at a loss as to what to do. Please, help me out as I don’t want to lose Nachman over this.

In the way of remarkable letters, yours is right up there. I must tell you I am extremely impressed with the choices you’ve made and the measures you’ve taken to pursue and maintain your Jewish faith, in spite of having given up your previous family and their way of life. You are to be admired and, therefore, I will do the best I can with my resources and affiliates, to help you keep strong to those ideals. I am out of my realm of expertise. Jewish Law must be handled by those proficient, learned and extremely knowledgeable in all facets of Jewish Law. I will reach out to a number of rabbis I respect and often lean on for advice when it comes to such questions, and hopefully, there will come a resolution that will keep your future intact.

Please don’t get discouraged. In life we go through tests that are meant to strengthen our faith and resolve in Hashem, not weaken it. You are an extraordinary young woman who has chosen to become a baalas teshuva without the benefit of respect that comes with that. Stay the course and you will yet get to build a Bayis Ne’eman B’Yisroel! 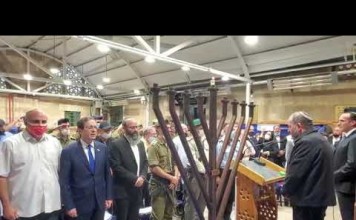 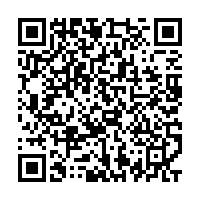