I read the question and your answer in last week’s Jewish Press, and I would like to make some comments on your reply to the mother who was outraged when she discovered that her in-laws had bought expensive electronic items for the children.


The family is living in the basement of the grandparents’ home, and by the mother’s own admission the children almost never go out of the house. There is no television and no electronic games. What exactly does this mother expect the children to do day in and day out for weeks on end?

There is no question that the grandparents were wrong to tell the children not to tell their parents about the gifts, but Mrs. Bluth, why couldn’t there be a few electronic games? Most of them are innocent and just a challenge. This total disallowing of anything electronic can have a negative effect on their Religious feelings.

These are not normal times and a little bending of the rules should be allowed. I am not suggesting a lack of supervision nor carte blanche on a computer, but some electronic games could go a long way to peace in the apartment, without having to scold the grandparents.

A devoted fan of this column

Thank you for sharing your viewpoint on my response to the mother who took umbrage with her in-laws, for taking the liberty of soothing their disgruntled, bored and bickering grandchildren by supplying them with electronic games and instruments without first discussing it with their parents. Knowing full well that the parents did not allow any electronics in their own home, they chose to override this and added insult to injury by swearing the children to secrecy and withholding the truth from their parents at the risk of losing said privileges.

Before I respond to your letter, allow me to explain that every letter is unique and the people effected with the problems seek tailor-made answers designed specifically for the problems they write about. Therefore, my policy in how I respond to them it to zero in on the heart of the issue at hand and address it directly, without offering my own personal opinion of how I would deal with it if I were them. That said, I feel that my solution to their issue was fairly well on point.

Electronics are not always the best solution to boredom or willful children who are home-bound due to the pandemic. These parents have a certain hashkafa they wish to maintain, and my belief remains that the grandparents, knowing this, chose to intercede where they should not have, unless first speaking with the parents and together, possibly, they could have come to an amicable solution that would not have ended with the children having to lie to their parents. To the parents, this was a huge act of betrayal on the grandparents’ part, even though they had only good intentions, but this got lost in the act.

No two children are the same. To some, even the most benign electronic games can form a threshold to the desire for more games that graduate into areas where they should not go. Even though the parents appear too strict and unbending, they know their children best, have fears for their well-being and, based on this, chose to hold off on introducing their young ones to this medium at this time. I fully respect them for their choice and want to point out that with the grandparents’ then took it a step further, teaching the children that if they don’t tell their parents they can delve into other things the parents prohibit. They threw in deceit and lying as an addendum to doing the wrong thing behind their parents’ back. Just the beginning to a spiral downward of “aveira gorreres aveira” as a bonus.

If you will be so kind as to re-read my reply, I am quite sure you will not find any place where I suggested the parents ‘scold’ the grandparents for their actions. On the contrary, I suggested they have a sit-down with the in-laws and respectfully relay their disappointment at not being first consulted about the gifts. This is the best way to sooth hurt feelings and bring clarity and understanding to the forefront. As a grandparent myself, there are many times I would love to gift my einiklach with things they wish for, but trial and error has taught me that first I must run it by the parents because they know best what is right for the children and when the time is right for them to have it. Once I get that ‘all-clear’ ‘go ahead’ signal, I grab my handbag and heat out to Target just as fast as my old Jeep can get me there!

Thank you for giving me a chance to explain the mechanics for my method of response to our letter-writers and for your sincere wish to avail respite to kids that are bored and edgy being indoors during this pandemic. There are so many other alternatives to electronics, good books to read, puzzles and games that tease the mind at any age, music and dance, painting and crafts, what with both parents home, either one can get involved in what will help their children find fun and enjoyment in these stunting times. Just use your imagination and become a kid again. Your children are more than ready to have you in their world to share their thoughts and ideas with you. 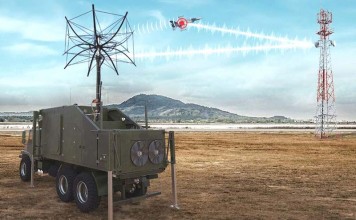