I understand that we are all affected by the current state of coronavirus, but my life has been severely compounded by it. My husband and I were just entering the Divorce Parsha when the pandemic hit and he had not yet had a chance to leave our house when we were forced to go into quarantine, so he moved into our basement while I and our children remained in the upstairs part of the house. This, in and of itself, made life for me in particular, very awkward.


At first, we ate together and had Shabbos meals together just as always before, but we hardly spoke to each other. My children, two girls aged four and seven and my son aged eleven soon picked up on their own discomfort when we were all forced to sit together, so it was decided that my husband make Shabbos for himself and the kids could either eat with me or go down and eat with him. This, too, became a problem, as I noticed after a time, the oldest two chose to go down to eat with their father while the youngest stayed upstairs with me. I also observed a distinct change in the older children’s behavior towards me as time went on. My children were always respectful and well adjusted before and really were never exposed to the issues between my husband and myself before the pandemic changed everything.

Over the last two months, the oldest two became very disrespectful to me verbally, talking back and being spiteful. When I sat them down finally and confronted them with this, they said that everything that was going on was my fault, that it was I who was throwing their father out and I was mean and hurtful to him. They also said that they wanted to go and live with their father once he got a place of his own. You can’t imagine the hurt I felt, when I took great pains never to let my children see the abuses I suffered at his hands, nor did I ever say a bad word about their father to them. On the contrary, I was the one who encouraged them to visit with him daily and eat with him on Shabbos even though I sat alone at my table.

I am quite sure he has poisoned their minds against me all the while I encouraged this by letting them spend so much time with him. He took advantage and used their naiveté to plant hateful lies about me to them, buying them toys and games on Amazon and Ebay without my knowledge or approval, while I thought all those delivered boxes were for him. I, too, work from home, and while I have been shouldering much of the expenses since we split up, for the last two months he has contributed not a penny toward their needs or mine. I am still in a state of shock at the deceit and cruelty he has inflicted on me, yet again, convincing the children that they would have a great life with him if they came to live with him after the divorce was finalized. But that doesn’t seem like it’s going to happen anytime soon what with the courts being closed and all legal matters at a standstill.

Mrs. Bluth, I tried to forbid them from going down to their father, and they began wailing and screaming at me until I made them go to their rooms. I can’t keep them imprisoned forever, and I’m just re-enforcing the image their father has created about me to them by keeping them apart. What am I to do? I fear that once court does convene, hopefully soon, that the kids don’t convince the judge to let them go and live with their father! Please help!

OK, take a deep breath and we’ll try to find some way for you to see past all the misery. Sadly, your story is one that plays out many times over during an ugly, painful divorce process. There’s often a cast of characters in this play, a mean and vindictive spouse that uses the children as collateral to continue to be mentally and emotionally abusive to get back at his or her soon to be ex, a clueless and helpless significant other, who doesn’t see this coming, and a bunch of sad, confused and defenseless children who serve as bartering chips for one side or the other. That this happens quite often does in no way serve to make your lot easier, but, at least you get to understand that you are not alone and there are things you need to do that will help you move forward.

The first thing you need to do is make an appointment with a family therapist if your children have not yet been given a court-appointed child forensic psychologist and get them and yourself into therapy immediately. The court will look more favorably at a parent who takes the initiative of getting help for herself and her children to bolster her claims of parental manipulation and brain washing by her spouse. Since you have not intimated how far along in the process you are, you might want to have your attorney insist that your spouse vacate the premises as it is causing conflict with the children and back it up by showing that you and your children are in therapy because of this issue. Since your spouse has been negligent in contributing to the care and support of the children and maintenance of the family home, you may be eligible for some public assistance so that you don’t have to shoulder a back-breaking financial burden alone.

There are other things you need to do for yourself and the relationship you have with your children, most important being to keep an open dialog with your older children and make them feel secure in your love for them, that the divorce is not their fault in any way and that they will always have a connection with their father and with you. Children often do not do well with divorce. The younger they are, the more chance they will have fears of abandonment, guilt, and isolation from other kids from two-parent homes. Therapy implemented early on in a non-congenial divorce is imperative if they are to adjust in a healthy way. Please reach out to me if their is anyway in which I can be of help. I care.

To all the loyal readership and to Klal Yisroel, I wish you all a Shanah Tova U’metuka, malay refuos, yeshuos, v’nechamos. May we be zoche to greet Moshiach bimhayrah beyomainu! Amen. 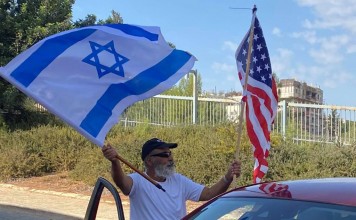