I read about the father who, by mistake, named his baby with the wrong name, the one his mother wanted and not the one he and his wife decided on. He was in a tumult and didn’t mean to do it. I spoke to a Rav who said that since he and his wife had decided on a name and the name that was given was a mistake, he could rename the baby with the name they had chosen since his wife was so upset that she is contemplating divorce. The Rav also pointed out that Hashem’s Name was erased in the inyan of the Sota, next to this, renaming a child in your instance for the sake of sholom bayis should not pose any difficulty. I hope they see this answer ASAP.

Yours was the first letter in response to this column, with at least eight others, including two rabbonim, one of whom pointed out that things committed ‘b’shgaga’ are not liable and can be corrected. So I think we can safely say that they can rename the baby without any ramifications or guilt.

Thank you to all who took the time and trouble to help this couple reunite in simcha and finally call their daughter by the beautiful biblical name they chose for her and see much yiddishe nachas from her. Mazel Tov!!!

I think I have a problem. Yesterday, I was getting things prepared to take to the cleaners, checking pockets and the like, when I came across a many times folded over paper in my husband’s suit jacket pocket. I know I shouldn’t have but my curiosity got the better of me and I unfolded the paper carefully so as not to damage it in case it was an important document from work that he had forgotten to place in his briefcase. In fact, I wish I hadn’t opened it.

It was a letter from a woman with whom he worked, thanking him for the dinner and lovely gift. She goes on to say how much joy he gave her and that she hopes they will have many such occasions… and it was signed, ‘love Darlene’.

Mrs. Bluth, I am fighting back the tears even now as I write this letter as the thoughts in my head grow even bigger and wilder as to what my husband has been doing behind my back. I thought we had the best marriage, he has always been wonderful from the day I married him until yesterday. Suddenly, everything is changed and I feel like I don’t know him and I don’t know who to turn to or ask for advice.

We have four wonderful children, all in their late teens to early twenties and two are in the shidduch parsha. How can I deal with this now? Please show me the right way to go about this so as not to upset my entire family.

Thank you for your presence of mind in holding back from turning something innocent into something extremely damaging. Let’s take a step back for a moment and go over the possibilities other than the one that seems the most obvious to you.

Do you know for a fact that this Darlene works in the same office with your husband and if yes, is there any way you can find out how closely they work together? Is it also a possibility that this woman was thrown a party for some reason and every person in his office took part in both the preparations and the collective gift? She may have sent out the same ‘thank you’ note to all those who took part in her ‘surprise party.’ And then, there may several other possibilities one of which may well be what you are thinking.

My suggestion to you is to sit down with your man and give him a chance to explain. You must also tell him you found the note purely by accident and without intentions of spying on him. However, now that the note exists and chances to shatter your trust and your sholom bayis is in jeopardy, you are entitled to know the truth. Hopefully, it will turn out to be totally benign and insignificant and you can both have a laugh at how easily things could have gotten out of hand and gone the wrong way. If nothing else, the easy confrontation will serve to set all things to right and will both be stronger and closer from it.

I wish you well and hope that you will look forward to two simchos in the not too distant future together with your husband. 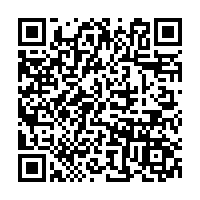