What I am about to tell you in this letter is so highly confidential, so destructive in so many ways to so many people who have little or no idea that our own government and Department of Disease Control and its affiliate medical professionals, along with Big Pharma are concealing from us the ability to heal our sick and prevent further anguish and even save lives. I know you think this letter to be written by a prankster just to see it in print, if only that were true! But I and my family, and my beloved son in particular, have been suffering something worse than death. Watching our child die slowly – little by little, day by day – no matter how many doors we bang on, no matter how many doctors we reach out to, every one of them turns us away.


I can’t even write this without tears welling in my swollen eyes, from the feeling of defeat, rejection and hopelessness. And so I turn to your column and your readership to make as many people aware of the conspiracy and the indifference of our government and our medical profession, who would rather turn a blind eye, and much worse, actually block the avenues of help that are being shut down. They are stripping the licensing to practice medicine by the few devoted and truly caring physicians that have developed a program of care for those like my son, that has proven to work in returning them and him to good health only because it threatens those in Big Pharma and will prevent them from making huge profits. This at the expense of the health and life of our children and every citizen that it denies.

Ten years ago our second eldest son, nine years old at the time, came home from day camp, complaining that he had been bitten by a wasp. After checking his neck behind his head, my wife noticed a little black bug still attached there. She remembered reading that if one sees such a thing, to gently extricate the insect with a tweezer so as not to leave any part of it still embedded, because it can cause diseases. She was going to nursing school at the time so she did just that and placed it in a small plastic bag and placed it in the basement freezer thinking to show it to her professor. But somehow, whomever she showed it to told her it was a simple tic and not to worry. Instead of discarding it, she kept it in the freezer and simply forgot about it.

Two years after this incident our son started to show signs of stomach issues, constant cramping, sleeplessness and depression. As time went by these symptoms were joined by fits of anger and thoughts of suicide because the pain was so bad. He had violent fits of aggression towards himself and inanimate objects, braking furniture and threatening to kill himself because he thought he was going crazy. Our home became a battlefield, with us trying to keep him safe from himself, trying at the same time, to keep the other children from worrying and giving explanations we didn’t believe just to try to contain this affliction in our home and not let it get out to neighbors or friends.

My wife was working in a well known hospital and, in the depths of her own misery from not knowing what to do, confided in a doctor who had befriended her and would keep the situation in the strictest confidence. He asked her many questions to try to help her figure out how to help our son who, at this juncture, was in psychiatric care and taking strong medication that often left him in a zombie-like state. One question riveted her attention and jogged her memory. He asked if our son had ever been bitten by a tic. She suddenly remembered the baggie with the little frozen tic in the basement freezer and when she said that he had, the doctor shook his head sadly and said that she should send the critter to a lab and have it tested for Lyme disease. The tests came back positive. And this is where ignorance ended and the long and painful search for medical help began.

Without going into thousands of hours of research into what Lyme disease is, its symptoms showed that our son was in the throws of full blown Lyme disease. The next steps of finding a physician who specialized in treating this disease that had not been studied or had any scientific testing or trials done, was like looking for a needle in a haystack. We finally found one specialist in Ohio who began treating our son with massive doses of antibiotic to begin killing the virus that had invaded our son’s body and was overtaking his ability to function. This doctor explained to us that the mental state our son was in was caused by the tic bite. He warned us that the treatment that he and a handful of other brave physicians, most of them scientists as well, (who spent every free moment studying Lyme disease and developing treatments to fit each of their patients’ needs), were not approved by the CDC, and if found out, many of these doctors would have their licenses taken away and their practices closed. He also warned us that this may well happen to him, but that he will continue to help those that the government and the CDC refused to acknowledge or consider. He told us that there were tens of thousands of people suffering from Lyme disease and being treated as mentally ill because the CDC and the huge pharmaceutical industry would suffer major financial damage, so it was beneficial for them to treat Lyme disease sufferers for mental illness, which cured nothing but added to the misconception of treatment, which led many sufferers to suicide because they could not take it anymore. We promised never to say a word to anyone about him and while he prescribed a massive dose of antibiotics and many vitamins, which over the course of a year, has proven to bring about some significant improvement in our son. He also said that the road ahead might get worse as the virus would be fighting back and that we shouldn’t give up hope. He had patients who have made full recoveries with worse symptoms, but it would take time and a lot of hope, faith and prayers. He gave us the names and numbers of other underground doctors, labs and technicians who would continue to help us should the CDC come after him and strip him of his practice. And, just last week, that’s exactly what happened, but thanks to that wonderful malach who had prepared us with continued help for our child, even at his great loss, we moved forward with another doctor who stands to suffer the same fate if we don’t stand up and fight for the right to care of our health and quality of life over profit for the CDC cartel the gluttonous appetite of the pharmaceutical mob.

To date, our son is doing far better than before. We are now three years into treatment and Hashem’s love. I am writing this to you with the request that you destroy my letter but print it in your column, so that anyone on the brink of despair from the relentless deep, dark pain of Lyme disease camouflaged and being treated as a mental illness and contemplating ending their life, knows that help is out there along with hope. That if the masses arise and let the government and the Center for Disease Control know that we will not take anymore the evil and heartless approach to ignoring the silent pandemic that is Lyme disease and the rescinding of medical licensing of physicians and others who devote their services at great risk to help Lyme disease sufferers, then we the people will rise up and fight them on every level! This, for my son and many others like him, is a matter of life and death, and that makes this war personal!

Yours is not the first letter I have received regarding Lyme disease, a horrible, debilitating condition that mimics mental illness and allows the abuse of the medical profession to continue the deceit and falsehoods by withholding the truth and proper care from the general public. I can also bear witness to the unbelievable pain and misery of the sufferers.

Lyme disease starts with a tiny tic bite that is carrying Lyme, invading the skin and depositing the virus that will change the lives of anyone who has been bitten. Not all tics carry this virus, but the only way to tell if one has been bitten by an infected tic is to carefully extricate it with a tweezer so that the head is attached to the body and sending it to a lab that specializes in testing for Lyme disease. This may prove difficult and you may get great opposition from physicians who have been warned not to encourage such requests.

Also recommended is to educate yourself. Look up all the information on Lyme disease, what to look for, how to recognize it and what you need to do to address it should you think that you or a loved one or friend has gotten the disease. One thing that is imperative in successfully treating the disease is to start treatment as soon as the bite is detected. This is indeed an issue of life and death and there is a vast underground of places that will help. Anyone requesting information, please contact me via email. Hatzlacha. 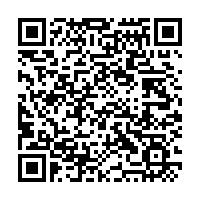