I’d like to tell you a little bit about my daughter. She was, is, a beautiful and talented young woman, always popular, with many friends.  In fact, everyone in her seminary class thought she would be one of the first girls to get married after they returned from the year in Israel.  Well, it didn’t happen quite that way.  She did go out during the first two years after seminary, but none of the dates amounted to anything serious. Her sister, two years younger, got engaged and then married and our older daughter was truly happy for her.  However, as the years passed she began to grow concerned, as did I.


One day, we got a call from an acquaintance on the West Coast telling us about a young man who seemed to possess all the qualifications our daughter was looking for.  After checking some references we agreed to have him fly in to meet our daughter.  When he came to our home he was a sight to behold, very handsome and old world charming.  My daughter had a wonderful time every evening of the week he was in town and I could tell she was smitten with him.  They agreed to stay in touch by phone and e-mail before he left and if all went well, he would return in a month. They must have spoken every night and corresponded via e-mail several times a day wherein he promised her the sun, moon and stars. He worked in his family retail business, which to me meant that whomever he married would be expected to live on the West Coast with him.  This was a big concern to me; however, if he were her bashert, I would not stand in her way.

Six weeks after his first visit he came to visit and stayed for two weeks at the home of a family friend – they saw each other every evening.  He spent Shabbos with us, staying at the home of one of our neighbors and he charmed us all, my husband, my son who was home from yeshiva and myself.  During the last days of his stay he bought a ring and asked my daughter to marry him.  My husband and I were very uneasy as we thought it was way too soon for an engagement.  But my daughter was in love with him and accepted his proposal without any concern over our apprehension.  And within three months they were married.  His parents and brothers flew in for the wedding; they were pleasant but distant, although they agreed to pay for the customary groom’s portion of the wedding without argument.  When I asked where the newlyweds would live, they said they had a small rental apartment in their home for the young couple.  After the fourth sheva brachot, the newlyweds flew off to start their new life together, with promises from us to come and visit once they were settled.  And that is where the fairy tale ended.

Our daughter kept putting off a suitable time for us to come and visit, and although she said everything was fine, great, wonderful, something in her voice told us otherwise.  She always had an excuse for why she often sounded so off, a cold, she was tired, she was just leaving and couldn’t talk.  Always an excuse, never an answer. After a year had gone by without us seeing them, my husband said it was time to “take the bull by the horns” and make our long overdue visit.  We booked our flight and made reservations in a nearby motel, so as not to inconvenience the young couple.  When we arrived I wanted to call her but my husband insisted it should be a surprise.

Standing at the door of their little apartment, we rang the bell, full of anticipation and excitement at the joy we would encounter once the door was opened.  What happened next left us the ones shocked, surprised and bewildered.  My daughter opened the door, her face bruised and black and blue.  All we could do was stand there, frozen in place for some seconds before reality set in.  In a terrified voice, she said her husband wasn’t home, but would return shortly and she was beside herself at the thought of what would happen when he came back and found us there.  We let ourselves in and within a few moments his car pulled up.  Needless to say, he entered to find us standing with our daughter and a look of angry surprise rose in his eyes.  Gone was the charm and wonderful manners, now replaced with wild gestures and foul language telling us to leave.  I don’t know where he got the courage, but my husband stood up to him, eye to eye, and said we weren’t leaving without our daughter, as he turned to her and told her to pack some things in an overnight case.  As if in a trance, she did what she was told and we left with her as her husband stood, incredulous, watching us go out the door.  Our daughter did not speak a word until we were back home.

The story she told was one of abuse, both physical and emotional; she was alone with no one to help her.  His parents were cold and distant to her and only believed what their son told them.  Days later, he called our house and, making no attempt to apologize or explain, said that either we send his wife back to him or she would never receive a get.  It is now two years later, during which time we have tried contacting many people in his community.  We have spoken to rabbanim and lay people.  Everyone is full of empathy and attempts to help, but to date nothing; there is no get. Beit Din has sent him hazmanos. His response was to say that he doesn’t hold from the Beit Din she went to and wants a Zablah, where he picks his rabbi, she picks one of her choosing and there is a neutral third.  But his rabbi never agrees to any third pick that our rabbi suggests and the one he picks is unacceptable to us.

I find myself praying for his death, although I know this is wrong, but I can’t help myself.  People console me over the fact that there are no children involved.  Is this really supposed to comfort me?  My child is involved and that is all I see.  As it stands, I wonder if she will ever have a child.  This situation consumes my days and my husband worries that I will have a heart attack or stroke and he will be left alone to deal with all of this.

Mrs. Bluth, I know you cannot get our daughter her get but do you have any advice for us?  What is there to do that will help our daughter and thus, help us?

My heart goes out to you, mother to mother, and your pain is palpable.  I know that nothing I say here, short of guaranteeing an end to this misery, a get, will ease your hurt.  What I can offer you is leads and resources that have been very successful in the past in that endeavor, rabbonim and others who have worked toward and achieved success in bringing forth some pretty tough Gitten.   But it takes time, on occasion more time than you may want to think about.

What I can offer you now is good advice that will give all of you much needed strength and chizuk to rebuild yourselves, renew your hope and resolve that you will reach your goal and allow you to support each other.  The first thing all of you need to do is seek out a therapist who will help you heal individually and collectively. Otherwise all you will be is broken, bitter and defeated.

We don’t know Hashem’s plan and understanding why things happen the way they do is not something we are privy to. When things go wrong and we are made to suffer because of choices made in haste, not thought out properly, or because Hashem blinded us, we may have to withstand punishing circumstances.  However, all the nisyonos we are faced with make us stronger, better, wiser and, if we have faith and trust in the Almighty, they are easier to bear. One must always have hope and know that there is a place of light at the end of this journey. One day you and your daughter will find yourselves living a happy, purposeful and fulfilling life.  Start by reaching deep within your heart of hearts and find your emunah – that is the beginning.  The nest step is a good therapist who will start the process of healing the mind and spirit.

We will be in touch over the next few days to make this all work.  Let the process begin!

Up Next: Direct Flights Between Israel and Morocco? 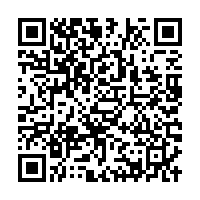