I am faced with a dilemma I didn’t ever think I’d have to deal with.  After ending a first abusive marriage that lasted five long and bitter years, I now find myself in the same situation, yet again.


Eight years ago, I met and married a “fine, balabatisher bochur.”  The shadchan sped up the process by telling us that if we didn’t move quickly, he would be snapped up in a heartbeat and we would miss out. I was a naïve eighteen year old who went along for the ride, even though my heart wasn’t in it.  He seemed nice enough, not unpleasant to look at, but not very talkative.  In fact, I was the one who had to initiate conversation and do most of the talking or there would be long lapses of silence which left me very uncomfortable. We met only three times before we got engaged and four months after that, we got married.  All through that time, while working and getting ready for the wedding, the few times I spoke with my chosson left me feeling very confused and fearful that I was making a mistake.

One night, about three weeks before the wedding, I opened up to my mother about my fears and feelings, intimating that I wasn’t sure that this was the right match for me.  She said that my chosson‘s shyness could be from his not having any experience with girls – I was the first girl he went out with – and that once we were married he would change.  She assured me I was getting a great young man from a fine family, and I should just chalk it up to pre-wedding jitters that were normal and expected.  She also told me my three older sisters had experienced anxiety and panic attacks before their own weddings and they are all happy with wonderful marriages.  So, I set aside my fears, trusting that my mother was right. But, as my wedding date grew closer, I couldn’t shake the dread that was always just beneath the surface of my thoughts.

The wedding was beautiful and lively, but not for me.  As my father bentched me at the badeken, I looked up from beneath the deck-tiech and saw a hollow, expressionless look in my chosson’s eyes, but there was no turning back.  I wept all the way to the chuppah, begging Hashem to create some sort of diversion that would halt the wedding, but no such miracle occurred. In the Yichud room we sat silently on separate couches not looking at one another.

To make a long story short, my husband had emotional issues that no one saw the need to divulge – not the shadchan or any of the people we asked for information.   Although he took pleasure in being intimate with me, outside of those moments he was distant, barely acknowledging my existence.  Fourteen months into our marriage I asked him to see a doctor – he threw a fit and began throwing whatever he could get his hands on, hitting me in the head with a heavy bowl and causing a gash that required six stitches.  While I was being treated in the emergency room, blood work showed that I was pregnant. It was around then that I found the medication he was taking and after doing some research realized I was married to a person with mental and emotional problems.  With a baby on the way, I felt trapped with nowhere to turn.  So blind was I to the severity of my situation that I thought, yet again, that once the baby came, my husband would come to his senses.  Our son was born eight months later – and nothing changed.

He spent less time home, which was fine with me, and when the baby cried, he would scream. Life became a constant juggling act, trying to protect the baby from my husband’s rages when he came home and ducking flying missiles thrown in my direction.  I did such a great job of hiding that no one knew anything was wrong. However, when our son was two, he accidentally broke my husband’s glasses. The rage that followed was the final straw. I knew I had to end the horror before he hurt the baby. I told the Beis Din that I had proof he was unstable and the fact that he had kept this from me threw a shadow over the kashrus of the kedushin. I was prepared to keep this to myself as long as I got my get; a speedy divorce followed and with uncontested sole custody of my son.

It was hard being alone and dealing with the special kind of isolation reserved for women like myself, punished by society for having the audacity to initiate divorce proceedings against their abusive husbands.  There were, however, a few people who did try to set me up. Most of the prospects were either much older, widowers with many children or deficient in other respects.  One day, another lady with whom I worked told me she had a perfect match for me.  Her nephew, a gentleman in his thirties and never married, had moved into the neighborhood and she would like for us to meet.  We met, this time without my parents’ input or pressure from anyone else. He was a perfect gentleman, spoke without any hesitation about many interesting topics, but most of all, he told me he enjoyed my company as much as I did his.  The only thing that seemed to bother him was the fact that I had a child; he was not too keen on children.  As time went by, he seemed to accept my son as part of the package and we got married.

Everything was great as long as my son was out of sight.  If my son intruded on our time when my husband was home, he would sternly tell him to leave the room until he was done talking to me.  My son was miserable and often had to stay in his room until his step-father left for work or fell asleep.  As the boy got older, he would say that I was his mother and he could talk to me whenever he wanted. Following one outburst, my husband smacked him across the face and told him that this was his house, I was his wife and he was to stay quiet or he would be thrown out!  That was when my world collapsed.  I had gone from one abusive marriage into another!  It is clear that my husband has given me an ultimatum, to choose either him or my son.  What am I to do?  I will never give up my son, yet, how will it look if I get divorced again? Is there a way to salvage this marriage?

I’m stunned that you even asked the question at the end of your letter!  Although I truly empathize with you on your poor streak of luck in life partners, I can’t fathom your lack of good judgement the second time around.

With your first marriage, you could not be blamed for having fallen into such a debacle of a marriage, what with you being barely eighteen and being pushed into this ill-fated union. Your concerns were swatted away and crucial information was kept from you. However, here it is only you.

I understand loneliness and how a nice guy who seems to like you and pays you a lot of attention makes things better – whether or not he likes your child. You were hoping that he’d be so happy with you he would suddenly find a little extra love for your son. It didn’t happen that way.

I would suggest an immediate appointment with a therapist so you can understand why you seem to attract abusive, controlling partners. You also need to learn that growing up and being mature are two different things; the first happens automatically and the latter must be cultivated.

Forget the ultimatum.  Tell your husband you choose your son; the child already lost a father, don’t let him lose his mother. Stand up and protect your child – that is your responsibility to him, and the first step toward your own maturity.  If your husband loves you more than he loves himself, he’ll find a way to overcome his dislike of your son or his feeling threatened by your maternal love for your child.

Otherwise, there really isn’t any hope for this marriage.  Whatever the outcome, stop worrying about what other people think and do what’s best for you and your son. 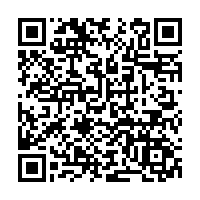