The apartment building in which I live is filled with young couples with little children, as well as senior citizens such as myself.  For the most part, we seniors manage to put up with the noise and the crying, the nosh wrappers and rotting fruit that’s strewn all over the stairwells and the lobby, as well as the soiled diapers found in the elevator and in the potted plants. However, besides the grave disregard for the safety and well being of the older residents, what with racing children on the stairs running to make their school buses in the mornings, often jostling anyone in their way and nearly knocking us over down the stairs, some of us have witnessed disturbing behavior in the treatment of young children by their parents.


By that I mean that we have seen some of the youngsters receive physical punishments that seemed quite severe.  I myself have seen a child smacked so severely that his mother’s palm was visibly imprinted on his cheek, as she dragged him inside the apartment.  A senior neighbor has seen it happen many times, and after speaking with the parents and getting no where, decided to call the authorities the next time she saw the mother hitting the child in manner that she considered beating.

When the authorities came the family knew right away who had reported them and they began harassing the woman. It got so out of hand that she feared for her safety and went to stay with her son and his family.

Mrs. Bluth, I know that my friend should probably not have gotten involved, although I myself have, at times have had to hold myself back from doing the same thing. I wonder, though, what kind of people have so little regard for their children’s well being that they would use brute force to discipline them in public, without fear of reprisal or consequence?  Aren’t these children better off taken away from these abusive parents?   What is the proper course of action for us to take if and when we observe such behavior? Do we call anyone or should we just look away, mind our own business and pretend it didn’t happen?

I am deeply concerned about the goings on in your building and how it is being handled.  Abuse of any kind is not to be tolerated or condoned, but sometimes, reacting on impulse may lead to irreversible damage to all parties involved.

Without a doubt, beating a child is horrific and against the law and needs to be brought to the attention of those who can help the children and the family as a whole. That means reaching out to a trusted rav, community askan or, if it exists in your community, a reputable frum organization that can step in and assist the family in getting the help they need.

I have seen what people who jumped on the “report the abusive parents” bandwagon have caused to happen.  In one case, well-meaning neighbor reported a father beating his son and, within minutes, Police as well as people from ACS (children’s services) came and took all the kids away, kicking and screaming.  The parents were destroyed and had to fight a two-year legal battle to get their children back. Sadly, these kids were placed in inappropriate homes, two were physically and sexually abused and will need emotional and mental counseling for a long time to come.  All because a well-intentioned individual thought that what she was witnessing was extreme child abuse at the hands of a parent.

It is very difficult to say that what we see is truly what we believe it to be.  Sometimes, what appears to be excessive discipline at the hands of a parent, is exactly that and not calculated abuse.  Calling in authorities may cause greater damage than what the child suffered at the hands of the parent, so we must be very careful to act in a responsible fashion.  If you see something, say something to a community representative who can help in an appropriate way, without decimating the family unit. 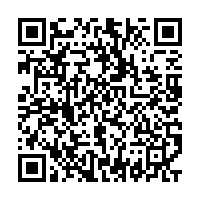