I’m at a loss for how to deal with what appears to be an ongoing issue. Albeit not earth-shattering in importance perhaps, but still something that has already gotten a friend of mine fired from his job for the same thing. So I fear taking the same steps he took to remedy it, because I am a young man who is trying to save up some money to go to college and further my education so that when I do marry I can support my family.


OK, let me explain. I am an 18-year-old guy learning in yeshiva. I work part time in a large supermarket serving much of our Jewish community, by stocking kosher food at a lower price than the kosher markets do. So you understand that many of our customers are elderly Jewish people living on fixed incomes who are regular customers. I have been working there only a few weeks, but I recently noticed something very disturbing. While stocking the fruit and vegetable section one day, I saw an elderly man who had put a bag of grapes in his cart popping some grapes in his mouth when he thought no one was looking. I happened to recognize this gentleman from shul, so I was totally shocked he would do such a thing.

On the same day, I spotted another, middle aged woman doing the same with cherries she covered with her jacket and sneaked into her mouth when she thought she was being discreet. I was horrified when my now-roving eyes followed mothers who opened bags of nosh to placate irritated children then stuffing the empty bags in back of shelves before checking out. Mrs. Bluth, this is ginayva! What am I supposed to do, become a mosser, pointing them out to the manager? Like I said at the beginning, a friend of mine who worked at another market and saw the same went to the owner. There was an altercation between the accused customer and the worker, The owner sided with the customer even though he knew the worker was telling the truth, and the worker got fired. I don’t want to get fired but I also know that I need to do something, I just don’t know what.

I truly understand your dilemma and your consternation over this very touchy situation. Ordinarily I would refer you to seek Da’as Torah and ask a Rav, however, I feel that logic and good common sense in this situation can be equally as effective. Your letter appearing in this column is definitely a good start in making people who do these little grocery runs and snack on the product before checking out see that what they are doing is indeed ginayva, just as if they went into a store and stole cosmetics, small trinkets or items they will not be paying for. They may not get caught, at best, but Hashem is watching! Should they get caught, the punishment and the shame at getting caught by the authorities would be debilitating and certainly not worth it. (Grapes or cherries unpaid for but consumed, in the eyes of Hashem must be accounted for!)

Back to what you could do. Ask your manager if you can place small signs around your station to discourage people from partaking of the fruits before they actually pay for them. Something to the effect that they may end up on the store’s Candid Camera Customer bulletin board of the week. There is always a risk of doing harm to yourself, as proven by your friend who lost his job. To the boss the returning customer will always be in the right, as he will not chance losing a steady customer over a few cherries or grapes.

The people who feed their kids and leave the empty bags hidden behind other products may well fall into this category as well so be careful what you decide to do. You could still get brownie points as a concerned and loyal employee by just making your manager aware of what you have noticed without singling out any one specific individual. This is the course of action I would recommend. You would still be doing your ‘hishtadlus’ without incriminating any one person in particular. Here’s wishing you the best of luck in all your endeavors. You are a moral and honest young man and with G-d’s help you will be very successful in whatever you undertake. 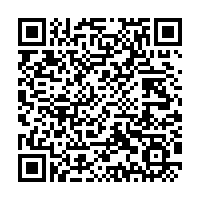