The third thing we have to remember is that an addict is a liar. Addicts will say anything to hide their addiction and take any action to mask the problem.  In my opinion, most of the time they don’t even realize they are lying, they just say whatever they think we want to hear. The problem is we are wired to hate lying and liars, which causes us to react as soon as we realize we are being lied to.  We get angry, disappointed, frustrated, etc.  We have to learn to look behind the lying.  In most cases the child is suffering from low self-esteem, feels guilty and doesn’t know how to handle being caught in a lie.  When confronting the child, it’s best to not get into a debate, but simply say, “My eyes see what I see and my ears hear much better than my eyes.” Arguments of right and wrong, using or not using never go anywhere productive.  Confrontations in the midst of strong emotions are also doomed to failure.

The fourth thing is scary: Is my child a criminal?  Of course, the answer is dependent on what the child is doing. Is he doing something illegal?  Is he making purchases online without your consent and maybe even using your credit card without permission?  Is cyber bulling involved in his activities?  Like Josh, is the child missing for long periods of time and putting himself in compromising safety situations?

The fifth thing is asking whether your child is losing friends:  Addiction to technology, whether the child is using a computer, tablet or cell phone, often results in him or her becoming more isolated and spending less time socializing with others.  This is a problem at any age, as children learn by socializing and spending time with adults and their peers.

The sixth is noticing that the child is getting very little physical activity.  Lack of outdoor activities and play with other children prevents necessary social skills from being learned.  In addition, childhood obesity is an increasing problem. That being said, video games can occasionally be educational, fun and exciting. In fact, gaming can improve eye-hand coordination and may foster positive social interactions when played with other children. It also allows children with little athletic interest or ability to compete and form friendships with like-minded gamers.  Once again, technology isn’t innately bad, but the amount of time spent using it needs to be controlled.

Research has shown that children spend, on average, close to an hour a day playing games.  This number increases drastically if a child’s video-game console is in his or her bedroom. As we said, parents need to do what’s appropriate for the child’s age and ask themselves if they are relying too much on handheld games to keep their children quiet during long car trips or on long, unstructured days.

Another factor is that children with certain disorders, like those with ADHD, are attracted to video games.  A child who’s bothered by distractibility in the real world may be capable of intense focus, or hyper-focus, while playing. And hyperactivity is not a problem: a child can hold the controllers and stand or pace back and forth in front of the TV as he plays.

Obviously we have only just begun a discussion.  There are many factors at play when a child uses technology as either an escape or a means to gain some sense of expertise to build self-esteem. 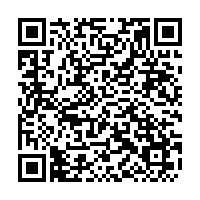