Her name is Rachel. She was not named, as custom has it, after a beloved ancestress in the family. She was named after the Mother of Israel.

It was the dawn of 27 Tevet, in the winter of 1994. The first rays of a pale sun sifted through the shadowy night as the car approached Efrat on the way to Beit Lechem, with danger lurking at the dark roadsides.


The young mother has been in labor ever since they left Alon Shvut in the Etzion Bloc on their way to the hospital in Jerusalem. But now, just as they reached the famous holy site, Kever Rachel, the miracle of birth was happening! The father instantly pulled the car to the side of the road, a desperate move in the face of the non-stop menace of Palestinian-Arab violence. Inside, in the back seat of the car, a baby girl was emerging from the mother’s womb!

The young father, a trained military medic, ran for the nearby military post for medical help. By the time it arrived, the mother was cuddling her newborn infant daughter! The medical team rushed the newborn in an ambulance to the hospital in Jerusalem followed by the car carrying the birth mother.

What an amazing message is this birth on the doorstep of the Biblical matriarch!

Chazal tell us that in answer to Yosef’s inquiry about his mother’s burial location, Yaakov explained: “I buried her there according to the commandment [of the Almighty], for it is Rachel whose entreaties will return the Exiles to their Land” (Pesikta Rabbati).

The Navi Yirmiyahu delivers G-d’s message about this very spot where Mother Rachel is entombed: “A loud voice is heard, lament, bitter weeping: Rachel is weeping for her sons. She refuses to be comforted over her sons because they are gone. Thus said Hashem: Refrain your voice from weeping and your eyes from shedding tears, because there is reward for your deeds, said Hashem, and the sons shall return from the land of the enemy.

Rochel Imeinu also took on the symbolism for fertility, and women visit her tomb primarily on Rosh Chodesh and during the month of Elul, praying for the blessing of children.

Over time, Rachel has become the symbol of the “Ingathering of the Exiles to Zion” in Jewish consciousness and concomitantly a paradigm for the unity of Israel, elements that were incorporated in her image as Mother of Israel weeping for her sons in Exile.

History vindicated Rachel. Not having attained her dream of bearing many children, and even being a mother to the children she bore, Rachel became the legendary Mother of the Children of Israel. Her tomb on the crossroads became a shrine where all generations of the children of Israel pass to pray for solace, no matter what their sorrow, no matter what their fervent wish.

“Mother Rachel, refrain your voice from weeping and your eyes from shedding tears because there is reward for your deeds… there is hope for your future.”

Is there a more poignant message of Israel’s revival, a more graphic guarantee for the “Ingathering of the Exiles to Zion,” than the birth of a Jewish infant, a granddaughter of Holocaust survivors, on the doorstep of Mother Israel’s Tomb? 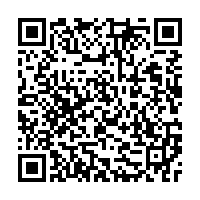