The collective conscious of our greater community seems to be suffering from a high degree of panic and anxiety in relation to the topic of “teens-at-risk.” Just bringing up this topic is enough to send people into semi-hysteria. I am not referring to the acute anxiety and extreme anguish of the parents and families currently living through this worst of nightmares. I am talking about the rest of us who are at a total loss as to how to prevent this epidemic from reaching our own homes. Few educational challenges have received as much attention in recent years as this particular topic. In this article, I will be talking about fostering a healthy and positive parent-teen relationship, which along with its many other benefits, can often serve as a preventive measure for at-risk behavior.

A strong teen-parent relationship could help shield the teen from many of the negative influences that threaten the emotional, spiritual, and even physical wellbeing of today’s adolescents. It serves as an anchor in the stormy and frothy seas that is adolescence. It will come as a surprise to many, but the truth is that teens need physical and emotional closeness – on their own terms – as much as, if not more than, younger children. It helps them feel secure and loved and to develop into emotionally healthy, well-balanced adults. A lack of closeness may hinder their emotional development, and in more extreme situations, the teen might look for less than healthy alternatives. This holds true for both boys and girls.


At a time when people are scurrying about searching for new tools, family loyalty is still an extremely powerful tool. When teens feel close to their parents, they are much less likely to engage in unconventional behavior. In families where there is a strong sense of loyalty, teens will not want to hurt their parents. Emotion can only be fought with emotion. Logic is powerless. As the saying goes, “When love comes through the door, logic flies out the window.” When temptation hits them in the face, only a strong sense of loyalty and love will be able to counteract it.

This concept is as old as Yiddishkeit itself. When Yosef was almost ensnared in the web of temptation by the wife of Potifar, it was the image of his father that saved him. This idea of the image may refer to his sense of loyalty to his father’s legacy.

While this holds true for temptation, it is powerless against outside abuse. However, even in cases where a child was abused, parents who have a close relationship with their teen will be quicker to realize that there is something very wrong. Thus, they will get help more quickly, stopping the mud-slide before it turns into a full-blown and destructive avalanche.

Daniel was a thirteen-year-old boy who was horribly abused. Daniel’s father was close to him and he was perceptive of the change that had overcome his son. He asked Daniel about it, and after some gentle prodding, the good relationship Daniel shared with his father and the fact that he knew that he wouldn’t be blamed for what happened, eventually helped him open up and share his experience with his father.

When we talk about fostering a strong and positive relationship with our teenagers, it’s important to keep in mind that this relationship is very different than the one we have with a young child. This relationship should be a combination of warmth, authority, and friendship. This sounds paradoxical, and indeed it is – as is all of adolescence. The same person can be involved in paradoxical and contradictory behaviors often simultaneously. It is a time of transition, growth, and change.

As the teenager is transitioning from being a child who needs full guidance to being an independent adult, parents can make the transition easier by being tuned in to their child’s needs, and knowing when to be more authoritative and when to let go and provide space.

Parents should also make their teenage children feel more adult-like by giving them certain responsibilities and the freedom to make certain decisions. Those decisions shouldn’t be major consequential decisions, but decisions nonetheless.

With all the talk nowadays about positive parenting, there is one issue that has not only been ignored, but has even become somewhat taboo and vilified. There is a lot of confusion and misunderstanding about this topic, but it’s important to address it nonetheless. I am referring to the issue of obligations and responsibilities. 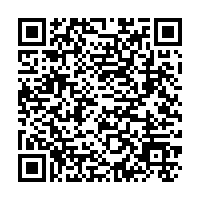