Did you know that lung cancer kills more people each year than colon, prostate, and breast cancer combined?  In 2012, this number represented over 160,000 men and women who died from lung cancer, over 25% of all cancer deaths in the United States.  Yet this is a treatable disease.


Lung cancer does not usually cause symptoms (chest pain, persistent cough, coughing up blood, shortness of breath) until it is advanced, and the chances of surviving advanced lung cancer are poor (only 9-25% of people with advanced disease, called Stage III or Stage IV, are alive at 5 years after treatment).  Screening identifies lung cancer at a point when it can be treated and offers patients the best chance of beating lung cancer (in which outcomes are 80-100% of patients alive at 5 years).

In the modern era, lung cancer screening uses low-dose CT (computed tomography) to image a person’s chest from the neck to the upper abdomen.  Lung cancer screening CT is a non-invasive 20-second test that uses about the same amount of radiation as a standard mammogram.  Pioneering research by the International Early Lung and Cardiac Action Program demonstrated that annual low-dose chest CT can detect 85% of lung cancers in the earliest, most treatable (and curable) phase.

A major national clinical trial (“randomized controlled trial,” considered the most rigorous method of evaluating a test or treatment) recently found that screening patients at risk for lung cancer reduces lung cancer-related death by 20%. This benefit is as strong as that seen for breast cancer screening, and stronger than the benefit seen in screening for other cancers, such as colon, cervical, or prostate.

Many people, even doctors, think of lung cancer as something that happens to people who smoke.  After all, if you can blame a person’s disease or problem on his or her behavior, it’s easier to cope with the consequences of illness, treatment, and even losing a loved one or patient.  The problem with this approach is that most patients with lung cancer who previously smoked quit smoking years before their diagnosis.  Moreover, many patients with lung cancer are never-smokers.  We simply cannot assume all lung cancer patients are smokers.

WHO IS AT RISK

Lung cancer is divided into two major types: the more common non-small cell lung cancer and the rarer and more aggressive small cell lung cancer.  Certainly, the greatest risk factor for lung cancer is smoking, but exposure to second-hand smoke, former smoking, or exposure to certain chemicals and substances may also put a person at risk.  These include radon, a gas emitted by rocks and soil that can accumulate in buildings or houses, and asbestos, a material that was previously used for insulation and fireproofing.  Other substances and conditions, such as chromium, silica, and chronic infection, have likewise been linked to lung cancer.  Finally, people with first-degree relatives (such as a parent or sibling) who were diagnosed with lung cancer at an early age and African Americans with a relative with lung cancer have been shown to have a higher risk for lung cancer.

We currently recommend low-dose chest CT lung cancer screening for any person over age 40 who has smoked at least one pack daily for at least ten years, even if the person has quit smoking.  We also recommend you talk with your physician about lung cancer screening if you have been exposed to a large amount of second-hand smoke or have worked in an occupation in which you may have had exposure to asbestos, herbicides, emissions, munitions, or nuclear propulsion. 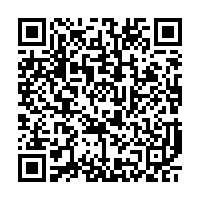