Winter is here and with it comes a whole host of viruses that are somehow less prevalent in the warmer seasons. Poor winter, it’s saddled with the nickname of “cold and flu season.” In a typical year, February marks the peak of the flu season after which incidences of flu begin to decrease. This year, however, the CDC describes flu activity as particularly high and says that they cannot predict when it will reach its peak. They’ve geared up for a long and strong flu season, and recommend staying vigilant to protect against cold and flu, even though winter may seem to be nearing its end.

Colds and flu are both viruses that are spread either through direct contact with an infected person or by airborne transmission. There is usually an incubation period of 10-12 days, so a person may be a carrier or infectious for a particular virus without even knowing it.

It’s difficult to find accurate statistics to back up the claim that people suffer from more colds in the wintertime, since colds often go unreported. Most people do not go to the doctor for a common cold but instead manage it on their own with over-the-counter medication. There do tend to be more missed workdays in the winter due to a cold. However there are better statistics for tracking the flu. While people do get the flu in the summertime, the incidence of influenza increases in the fall, peaks in the winter and begins to decrease in the spring.

Reported cases of colds and flu tend to peak in February and begin to decrease in March. Several theories have been suggested to explain why cold and flu seem to increase in the winter. People tend to spend more time indoors during the wintertime simply because it’s cold outside. Not only are they indoors, but they tend to huddle together. The close proximity facilitates the spread of germs. Coupled with this is the fact that most heated indoor areas have low humidity, which creates an environment in which viruses thrive. Even people living alone are not immune; as long as they travel on crowded busses and subways, or shop in crowded malls and supermarkets, they are still vulnerable for catching cold and flu viruses. Interestingly, the incidence of cold and flu goes up in the wintertime in warmer climates as well. Researchers attribute this to crowded stores as well as to more time spent together for holidays.

Wintertime also brings less exposure to sunlight. Sunlight is the body’s best source of vitamin D, which boosts the immune system. Because the winter days are shorter and people are indoors more, there is less opportunity for reaping the immunological benefit of sunlight. Also, when people do venture outdoors, they tend to be covered up against the cold and as such the skin does not have an opportunity to absorb sunlight. The result is lower levels of vitamin D in the winter, leaving one’s immune system with less support from that vitamin.

The cold weather that drives people indoors also contributes to decreased physical activity. People are more sedentary in the cold weather, and have a harder time motivating themselves to go outdoors to exercise or even to drive to a gym. This is unfortunate because physical exercise has been shown to boost the immune system. In fact, people who exercise regularly are 40% less likely to catch the flu. It is theorized that exercise helps to better circulate one’s white blood cells throughout the body. The white blood cells are responsible for maintaining our immunity in response to a foreign invader such as a virus, and exercising allows them to more quickly and effectively defend the body.

What’s the best way to prevent the flu? First and foremost, the American Medical Association recommends receiving an annual flu shot. It also recommends eating a healthy diet and drinking plenty of fluids. Frequent hand washing is important to prevent exposure to the virus through physical contact with contaminated surfaces, such as door knobs or handrails on subways or in stores and shopping malls.

It’s also important to maintain regular exercise routines, even in the winter. This is especially hard for children, but it is important to find ways to keep them physically active on a regular basis during the winter. If it’s too cold to go to the park, take them to places where they can be active indoors such as swimming pools, ice skating rinks and gymnasiums. Regular physical activity is important for maintaining their immune health. 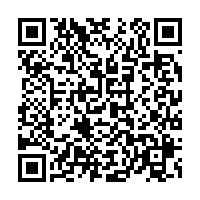