The news abounds with frightening and catastrophic events from which it is increasingly hard to insulate our children. Should we continue to try to protect our children from an awareness of such misfortune? If we have to resign ourselves to their finding out, how do we help them process such information without causing undue distress and worry?


The New Culture of Childhood

Until recent times, childhood was characterized by innocence and naiveté. The adult world largely controlled what information children were made aware of. If deemed too scary, parents and teachers could decide to insulate children from an awareness of that which is potentially destabilizing. Even if a child needed to be told, the adults filtered the information and couched it in terms that ensured the preservation of safety and sensibility.

With the onset of the internet and its easily accessible information and graphic imagery, children are now more directly exposed to many of the painful realities of life without the intermediary role of an adult who can control or contain that cognitive and visual assault. As a result, the whole culture of childhood has changed. Not only do children find out all news and events, no matter how horrific, but they feel entitled to know as well. It is no longer in their psyche that there are occurrences and situations in life that only adults are privy too. They find out and demand to know as well.

Our role as parents and teachers is no longer that of the provider of information or the primary protector of what our children are exposed to. For better or worse, we have been relegated to a more secondary role of clarifying that which our children have seen or heard and rectifying misconceptions. Even when we are the initial source of information, we are oftentimes in the begrudging position of having to share more facts and details than we’d prefer on the basis of an awareness that our children will find out nonetheless – and they are better off learning from us.

Painful Realities in a Safe Context

When discussing death or sharing frightening information, the goal should be to convey accuracy with a realistic sense of safety and security. The news or notification should always be couched in the perspective that death is, in the vast majority of circumstances, natural, expected and the climax of years of aging. Building an awareness that even under ideal situations, individuals age and ultimately leave this world, is no more than familiarizing a child with the painful realities of normal life. One has to look no further than the chumash and its unequivocal description of the deaths of its protagonists to be aware of the universality and inevitability of death.

In the event of more catastrophic or unnatural death involving a young person, the rarity of such events should be highlighted in conjunction with the enormity of this misfortune. The excruciatingly painful nature of such tragedy should not be sugar coated, but the immediate threat to others can be ameliorated by emphasizing the unlikelihood of its recurrence.

Keep in mind, however, that children under six do not necessarily have an awareness of the magnitude of time and world population. Since their world is confined to their immediate surroundings, the word “rare” has little meaning. For such young children, we often categorically assure that such events will not recur or have impact on them or in their proximity.

Before imparting or discussing tragic news, adults must make sure that they have incorporated their own personal acceptance of this loss and calamity. Children who feel scared or threatened absorb not only adults’ words, but their facial expressions, voice tones and body language as well.

For both children and adults, the full magnitude of cataclysmic news rarely sinks in right away. The recipient of such notification may be in shock or, as is often the case with children, too stunned to respond. A child may momentarily look perplexed and then resume his or her play or prior activity. It may only be later – and sometimes weeks or months later – that the full impact of this information gets internalized and absorbed. 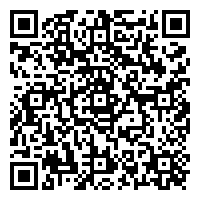