Federal courts require a higher level of proof. In a landmark 2009 ruling, the US Court of Federal Claims rejected a suit for damages from three families who believed that the MMR vaccine caused neurodevelopmental harm to their children, The court studied the available scientific research presented by both sides in the case for two years before issuing its ruling.

There are those who accept the criticism of Wakefield’s research methods who still argue that his conclusions are valid. They support his “leaky gut theory,” based upon other research. They believe that “leaky gut syndrome” may be a factor in many different disorders, ranging from asthma and diabetes to multiple sclerosis and Crohn’s disease, as well as autism. They also say the theory explains why they find gluten-free and casein-free diets and other nutritional approaches to be effective in alleviating some of their children’s symptoms. The theory remains very controversial, and the scientific debate over it continues.


Once Wakefield’s findings started to come under attack in the media, MMR vaccination rates began to recover. But in the interim, an estimated 1 million children in Great Britain did not receive the MMR vaccine. Those children were and remain at risk of infection. In the years following the publication of Wakefield’s paper in 1998, the rate of children contracting measles or the mumps in that country, which had been near zero, exploded. In 2012, Great Britain reported nearly 2,000 cases of measles, ranking second in Europe behind only Romania. In Wales, the epicenter of the latest outbreak of measles in Great Britain in April of this year, an emergency public health campaign has been launched to immunize those who are now between the ages of 10 and 16 whose parents did not permit them to receive the MMR vaccine when they were younger.

Many doctors and public health experts consider Wakefield to be the perpetrator of one of modern medicine’s greatest and most damaging hoaxes. Specifically, they hold him responsible for the fact that measles remains a threat to public health, because large numbers of children in Great Britain and other Western countries remain unvaccinated against it. This has enabled recurring measles outbreaks to continue to this day, causing needless suffering and deaths.

Even many communities in the US and Canada, where immunization is mandatory for school age children, are still vulnerable to such outbreaks by highly contagious diseases such as measles. Dr. Paul Offit, chief of the Division of Infectious Diseases and director of the Vaccine Education Center at Children’s Hospital in Philadelphia, says it is necessary for more than 95% of children to be vaccinated in a community in order to fully protect it. He explains that some people may not be able to safely take the vaccine because they are getting chemotherapy or immune suppressant therapy. They may have an allergic reaction to it, or they may simply be too young. There will also be a small percentage for whom a given vaccine simply doesn’t work to create immunity. Offit says, “they need those around them to protect them,” using what is known as “herd immunity.” This occurs when there are not enough people in the population without immunity to sustain the chain of transmission of the infection from one victim to the next.

While each parent has the right to put their concerns for their child’s health first, public health experts believe that today’s vaccines are safe, and worry about the impact of anything which will result in a lower rate of immunization. Outbreaks of measles are their greatest concern. In developing countries which have not yet adopted a policy of universal vaccination, measles remains one of the leading causes of death for children under age five. It still kills more than 150,000 people a year worldwide.

Even in the North America, where measles vaccination rates are above 90%, herd immunity is incomplete. For example, in July, there was an outbreak of measles in three communities in Canada’s British Columbia province, with at least eight confirmed cases. There were 82 cases of measles reported in British Columbia after it hosted the 2010 Winter Olympic Games, which attracted more than 600,000 visitors from around the world.

Orthodox communities are particularly vulnerable, because their families often have large numbers of young children who live in very close proximity. There have been significant measles outbreaks reported in Boro Park in 2008, 2009 and 2011. 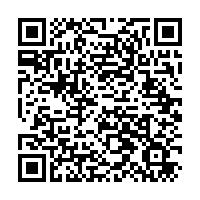