With Medicare open enrollment season upon us right now (October 15th-December 7th) many seniors age 65+ are reviewing the many Medicare programs available to them. They have been inundated with marketing materials from the many health insurance companies out there to persuade them to sign up or to change their plans for the next year, effective starting January 1st 2013.

Some think that when they turn 65 that all their health insurance needs will be taken care of by the US government via Medicare. That may work in Israel but unfortunately not here in the United States. Medicare part A, which covers hospital needs, is automatically given to those who are turning 65 and have worked and paid Medicare taxes for at least forty quarters, or are disabled and have received Social Security Disability payments for two years. Medicare Part B, which covers physician care and major medical needs such as lab, diagnostic tests and durable medical equipment (DME), requires those who are eligible to enroll within three months of turning 65. Those who fail to enroll within three months of turning 65 may be subject to a premium penalty when they enroll in the future. The plan costs anywhere between $99-$319 monthly depending on one’s prior year’s income.


This penalty would apply to those who enroll in the Medicare part D drug plan as well if they enroll more than 3 months after they become eligible. Part D plans cover the cost of most prescription drugs, up to certain limits, subject to co-pays and sometimes deductibles.

Medicare Part B will usually pay for 80% of the cost of the Medicare approved contracted rate, and the member is responsible to pay the 20% difference to the provider, unless he has bought an optional Medicare supplement plan which pays that 20%. Here is an example of how traditional Medicare Part B works. Suppose a Medicare patient goes to a doctor for an office visit, for which the doctor would bill Medicare $150. Medicare will process the claim and send an explanation of benefits (EOB) to the doctor allowing $120 for the visit (the contracted rate) and pay 80% of that charge, $96 to the doctor. He will then either bill the patient the remaining $24 or bill it to the patient’s supplement plan, if he has one. The remaining $30 from the original $150 charge must be written off by the doctor because he agreed to accept Medicare assignment.

Two popular “Medicare Supplement” (also known as Medigap) plans are “F” and “N“ which will both pay 100% of this 20% coinsurance with one major difference being that plan N has a $20 co-pay for the doctor visit while plan F has no co-pay at all. Another major benefit of most “Medicare Supplement” plans is that they cover 100% of the part A $1,132 annual deductible, and many other additional costs to the patient that Medicare Part A & B do not cover.

There are quite a few Medigap plans that have variable benefits and even a popular high deductible plan F that keeps the premiums very low.

For a complete list of the covered benefits of all the plans please do not hesitate to contact me at my office number listed below this article.

In addition to all the above, Medicare Advantage plans, otherwise know as Part C plans, combine the Part A and B coverages, and sometimes even the Part D prescription drug coverage into one program which a Medicare eligible person can choose as an alternative to the traditional benefits of parts A, B, C, and D. Each Medicare Advantage plan is run by a private insurance company authorized by Medicare to provide the Medicare Advantage benefits as described in their plan from its own network of doctors and other health care providers.

Medicare Advantage plans will differ with regard to the number of in-network doctors and other providers they have in your area, the co-pays and deductibles they will require from you for different types of medical services and prescription drugs (for those plans including Part D coverage), and the monthly premium you will be charged by the insurance company, in addition to the basic $99+ Part B premium you will still be required to pay. Specific Medicare Advantage programs may also provide other benefits not included at all by traditional Medicare coverage, such as basic gym membership. 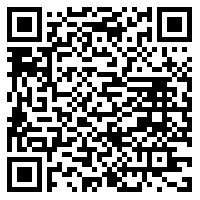