From the great synagogue in Tel Aviv to his performances in the role of Jean Valjean in the hit Broadway show Les Miserables, Dudu Fisher is an international star singer and cantor.

Those who have attended his concerts know that Dudu is famous for interspersing medleys of songs throughout his concerts, both soul-stirring and humorous, both cantorial and traditional, composed in Yiddish, Hebrew or English. And along with his songs, Dudu adeptly sprinkles in his own unique blend of anecdotes, jokes and short but genuine life stories.

When Dudu performed at the banquet event of the Davos retreat organized by the European Jewish Study Network (EJSN), he brought tears to my eyes–tears unleashed by unrestrained laughter as well as poignancy, beauty and hope.

It was at Dudu’s concert that I learned, too, of his trials and struggles during his prestigious singing career-and the many times that he needed to turn down performances that were scheduled for Friday nights, Saturday matinees or other Jewish holidays.

But over and over again, regardless of the fame or career advancement that these opportunities could have afforded him, Dudu refused to bend the law to perform on these holy days.

As he spoke and sang and related some of his tests and triumphs, I wondered: In a world where careers could be destroyed by such refusals, what provided Dudu with the fortitude to remain true to what he knew was right, despite what must have been amazing temptation?

And then Dudu shared with us a special story.

The story took place more than half a century ago, with a young woman who was in her late stages of pregnancy. She was devastated to hear her doctor’s verdict.

“You must terminate the pregnancy,” he sternly warned her. “There is danger to you and/or the baby and I advise you to abort immediately.”

Feelings of devastation, panic and despair overcame her. What should she do? How should she proceed?

Before coming to a resolution, the woman sought the advice of Rabbi Yosef Yitzchak Schneersohn, the sixth Lubavitcher Rebbe.

The response that she received was swift and decisive: “The mother and the baby will both be healthy.”

It took a great deal of courage for the woman to disregard her doctor’s dire advice, but the woman’s faith in the words of the holy Rebbe wouldn’t allow her to do otherwise.  She saved the piece of paper on which the Rebbe’s response was written, in the hope of being able to one day show it to her unborn child.

More than a month later, a robust baby was born to a healthy mother.

“The woman in the story,” Dudu relates passionately, “was my mother’s mother.”

“And my mother was that child.”

“And this,” Dudu takes out a folded paper from his pocket, “is the letter that the Rebbe wrote to my grandmother.”

Dudu passed around a copy of the letter for all of us to see.

And as he continues singing, I am wondering if in times of tense or difficult decisions, he too, fingers this paper tenderly. I wonder if he, too, holds it close to his heart and draws the faith and fortitude necessary not to falter, but to do what he knows is right and true. 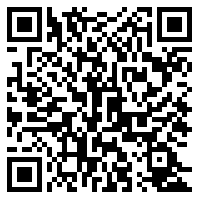