The world of shopping changed forever three years ago with the launch of Groupon, a website that negotiates discounts with popular local and national businesses and passes the savings along to the consumer via a discounted daily deal emailed directly to members.  For the kosher consumer, the savings became even more appealing with the launch of discount deal websites aimed squarely at the Jewish market, such as Jewpon, jdeal and Kosher Kouponz.

Membership in these programs is free and consumers enroll by visiting the desired website and specifying their location, enabling the program to provide them with discounts relevant to their geographic area.  Recent deals have offered savings like $12 for a $42 ticket to the NY Skyride at the Empire State Building, $180 for twenty units of Botox from an Upper West Side ophthalmologist, normally priced at $360 (both from www.jdeal.com), a free $50  coupon towards the purchase of a suit from the Brooklyn location of The Hat Box , $12 for $25 dollars worth of cosmetics from ShaindeeCosmetics.com (both from www.jewpon.com), a free El Al Matmid Membership, a $25 value and $25 for $50 worth of food at the Deal, New Jersey location of Dougie’s (both at www.KosherKouponz.com).


Kosher Kouponz, which offered its first deal in December 2010, serves members in Brooklyn, Manhattan, Bronx, Queens, Five Towns, New Jersey, Los Angeles and Chicago.  They have also featured separate seasonal sections on their site, including a Catskills section during the summer and special holiday deals for Sukkos.  With approximately 25,000 subscribers, over two hundred merchants and a staff of over ten employees, Kosher Kouponz continues to grow and hopes to expand to more cities in the near future.  Additionally they plan to add hotel bookings and a year round discount card, which for a small annual fee, would entitle members to enjoy numerous benefits including year round discounts at participating merchants.

Kosher Kouponz estimates that approximately half of its deals are food related.  Its best selling offering to date has been a deal that offered $50 worth of food at Aron’s Kissena Farms in Queens for just $35.  5053 Aron’s coupons were purchased by Kosher Kouponz members, with 2000 coupons purchased within the first twenty-four hours, according to VosIzNeias.com.  Kosher Kouponz typically alternates local deals one day and Internet deals the next, with the highlighted deal of the day moving to the sidebar to make room for the next day’s featured offering.

“Deals must be of value to our members,” said Kosher Kouponz CEO David Siegel.  “At times we need to offer discounts of fifty percent but other smaller discounts can be valuable if it is something our members definitely need.  We keep exploring new options so that we can continue to bring value to the Jewish consumer.”

“Sites like ours work because they target very specific audiences,” said jdeal founder Jodi Samuels.  jdeal, which boasts “seriously surprising deals,” serves customers in New York and Los Angeles and estimates that seventy percent of its 40,000 members hail from the New York area.  Their first deal ran on November 22, 2010 and since then they have featured over two hundred and seventy unique merchants.

While, like Kosher Kouponz, jdeal has found that food deals sell very well, they have found that they have had tremendous success with charity deals and recently raised $30,000 for Meir Panim, which provides assistance to the poverty stricken in Israel.

“We try to do one charity a week,” explained Ms. Samuels.  “We are currently doing Sharsheret, but have also done the UJA as well as others.  It is really a no brainer for them.  We give them a discounted rate and they get huge exposure on our site, without the cost of having to print brochures.” 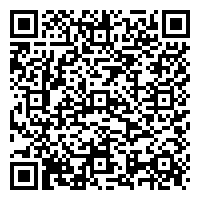