On August 16, 1943 the SS deported the Jews of the Bialystok ghetto to the Treblinka extermination camp. For some unknown reason 1,196 children were torn from the arms of their parents and transferred to the Terezin ghetto in Czechoslovakia. “The story of these children has been the subject of my research for the past 50 years,” wrote researcher and publisher, Hannah Greenfield.

Unlike other survivors, many of whom refuse to cope with the painful task of remembering, Hannah courageously probed the most agonizing recesses of memory, and proceeded to record them for future generations. Hannah believed that one must learn about the evils of the past so that they aren’t repeated. She was an educator par excellence who was involved in many different aspects of education, not only writing.

Hannah Greenfield was a member of the board of the Terezin Ghetto Museum, where a program she set up to teach Czech children tolerance, and educate them about the Holocaust, has served thousands of youth annually. As the founder of the Hana Greenfield Fund, her productivity extended into numerous fields of research. Her publications appeared in many languages including: Hebrew, Polish, French, Yiddish, English, German and Czech. Her original research paper on the fate of Bialystock’s children was first published in England at the 1988 Oxford University conference under the titles: “Murder on Yom Kippur,” “Documents,” and  “Exchange and Robbery.” They were all eventually published in her memoir, Fragments of Memory from Kolin to Jerusalem (Gefen Jerusalem 1998; revised edition, 2006). She and her husband Murray Greenfield were co-founders of Gefen Publishing House.

Born in Kolin, Czechoslovakia, Hanko Lustigova was young when first exposed to horrific events.  When the Nazi ruler of occupied Bohemia and Moravia, Reinhard Heydrich, was assassinated in May 1942, there was a wave of brutal reprisals. Many Czechs were rounded up and shot and the entire village of Lidice was wiped off the map.

But one war crime committed in the wake of the assassination is less well known. On the 10th of June 1942, an order was put out to kill 1,000 Jews.  However, because the transport was hastily arranged, 1,050 were placed on the train.  German efficiency being what it was, 50 people were removed from the train, Hannah, her mother and sister among them.  They and the 47 others were marched the three kilometers to Ghetto Terezin; the occupants of the train were never heard from again.

At Terezin, Hannah’s mother worked as a nurse in a home for babies. She loved children and felt a deep need to care for them. And so it happened that on the eve of Yom Kippur, October 7, 1943, she was among the 53 doctors and nurses who accompanied 1,196 children from the Bialystok Ghetto and the Terezin Ghetto to the gas chambers of Auschwitz.

Six months later, Hannah was transported to Auschwitz, unprepared for the horror that greeted her there. When she asked what happened to the transports that arrived before her, she received the standard answer: “Up the chimney.” The answer spurred her on to devote the rest of her life to search and record the horror of Holocaust history.

Hannah passed away earlier this year on January 27 in Tel Aviv after a long illness. 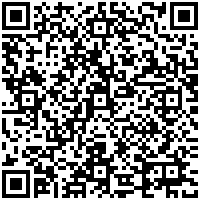