Volunteerism is in her DNA. Juliette Samama was born in Tunis, Tunisia, daughter of Rav Ishua Shtrug, the rabbi, chazan (cantor), mohel (circumsciser) and shochet (ritual slaughterer) of the city’s Jewish community. He performed the functions of four men, yet did not draw a salary. He was a wine merchant, owning and operating the largest wine refinery in the country: this was his source of income. All the above-mentioned vital functions he performed as a service to the community on a voluntary basis.

His daughter, Juliette, began her volunteer work already in her teens. She was a youth counselor in the Zionist movement — “HaNoar HaTziyoni.” Every free moment she spent with Jewish youngsters, conducting lectures and activities to inspire love of the Land of Israel and promote eventual settling on its soil.


Juliette enrolled in the Alliance Israelite School and earned a college degree in education. Even before completing her studies and working as a substitute teacher, she extended her volunteer Zionist activities to encouraging aliyah among her fellow students. Her activities included the city Le Kef, beyond her native Tunis. It was in Le Kef that she met her future husband, Yehoshua Samama.

The year was 1949, a momentous period in the life of the nascent Jewish State. It had just emerged victorious from the united onslaught of five Arab states and local Arabs armed by the British. The state’s parliament, the Knesset was established, the basic infrastructure of the country was being built and the gates of the Land were wide open to receive the Jews returning from 2,000 years of Exile.

Our young couple, Juliette Shtrug and Yehoshua Samama, were among those who made the journey from the Exile to the Jewish Home. In 1950 they got married and began planning their aliyah: they went on Hachshara in Tunisia — a period of study and preparation for life in Israel.

On arrival in Israel they joined Kibbutz Shoresh, founded on the site of the former Arab village of Saris, captured in April 1948. The village was situated on a strategic hilltop overlooking the highway to Jerusalem, from where they used to shoot on the vehicles below. That year a group of immigrants from Eastern Europe founded a kibbutz on the site, naming it Shoresh, a Hebrew adaptation of the name Saris.

Eventually the young couple moved to Jerusalem. The 1950’s were years of severe trial for the country and for the Samama family. Food and other vital provisions were in short supply; Yehoshua had to toil in the strenuous labor of road construction; a flu epidemic claimed the life of three-year old Aryeh, their first-born son.

Finally the family settled in Netanya where they were blessed with three children — Shirat, Aryeh and Einat — and Yehoshua soon established his own diamond polishing enterprise. In 1969 Juliet opened a gift store in the Four Seasons’ Hotel and a few years later, another one in the city’s main square.

Juliette’s life took an unexpected turn when her husband Yehoshua died suddenly in 1990. She terminated all the different business enterprises and in 2002 returned to full-time volunteerism. She contacted “Bituah Leumi,” Social Security Agency in Israel, and offered her services “to help people with problems.

“I took a course on Alzheimers’ disease, so that I know how to help the patients and their families. I am in contact with Holocaust survivors to help them with their rights and privileges. I meet with different disadvantaged groups and help them with the paper work to obtain the assistance that available to them from the system.”

Juliette Samama is in her element. Her whole life has been dedicated to helping – to serving her community, freely, without expecting remuneration. A volunteer par excellence. 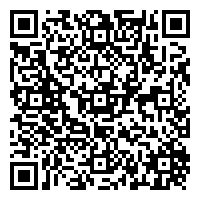