It all started when she graduated from high school. Laura Faiwiszevski, born in West Orange, New Jersey like a number of her schoolmates, planned to spend a year of studying in Israel before entering university. Laura chose “Emuna V’Omanut” (Faith and Art), a program for American students set up by the Emunah Women Organization that focuses on a combination of Torah study and art training — a choice of music or visual arts.

That year of study inspired Laura’s dedication to and love of Israel. When the year was over, instead of entering Rutgers University back home in the United States, she decided to return to Israel and enlist in Sherut Leumi. Laura opted to forfeit a $20,000 scholarship and instead spend the year volunteering as a counselor for troubled youths in Emunah’s Sarah Herzog Children’s Home in Afula. As products of neglectful or violent home atmospheres, the youngsters flourished under Laura’s loving care, forming permanent attachments to the charming young woman.


Returning to the United States with a profound emotional bond to Israel, Laura wasted no time getting involved with pro-Israel activism at Rutgers University. As a member of the Rutger’s Hillel Center for Israel Engagement, Laura helped arrange Israel cultural events, including “Israelfest” on Yom Haatzmaut, for the college. In March, when SJP (Students Justice for Palestine) organized “Anti-Apartheid Week,” their major anti-Israel offensive, she helped mount a simultaneous counter program called “Peace Week.” Referring to “Anti-Apartheid Week” as “Hate Week,” the Hillel students set up tables displaying positive realities of peace in Israel.

“And just talking to students about what we love about Israel and sharing all these awesome facts,” Laura explains, her bright face aglow with enthusiasm. “Sometimes they bring in a panel of different speakers from Israel. The panel may consist of an Ethiopian man, a religious Israeli woman, a secular woman or man, all representative of Israeli society — to counter their hate program.” Serving also on the board of Hillel as social chair, Laura organized last year’s major Chanukah festivities, naming it “Chanu:Glow,” a fabulous spectacle for which she won an award from the college.

In January 2013, within the framework of the “David Project” Laura toured Israel with forty, mostly non-Jewish students from colleges all over the United States for ten days to learn about Israel and upgrade their Israel advocacy skill on college campuses. (The aim of the “David Project” is to present Israel as the David in the David-and-Goliath story, not as Goliath portrayed by our enemies.)

Where does this slight, petite brunette with a bewitching smile get the energy to accomplish all that she does? After having read the American Jewish World Service’s (AJWS) mission statement “to follow Jewish values to help people in need,” and as her avid Israel commitment is but a component of her dedication to Judaism, in March 2013 Laura joined a group of Rutgers students as a volunteer on an (AJWS) mission to Nicaragua to help build a community oven for women in Los Chilamos so they can bake bread for their families.

For the coming school year Laura has been granted two different yet equally impressive teaching prospects. One, would be teaching incoming freshman the resources and scholarly opportunities in psychology at Rutger’s as part of FIGS (First Year Interest Groups).

The other, the Lipper Internship of the Museum of Jewish Heritage –A Living Memorial to the Holocaust — provides for the grantee to teach classes about the Holocaust one day a week in various public high- and middle-schools in the area.

Teaching about the Holocaust, especially to non-Jewish youth, affords a chance for Laura, a passionate pro-Israel activist to point out the vital lesson of the Holocaust –that a thriving Israel is part of the way we assure it never happens again. 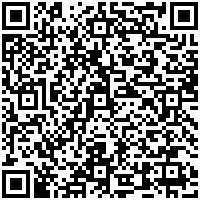