She was born Gretel Bergmann in 1914 in Laupheim, Southwest Germany, about 65 miles from the Swiss border. By 1936 she was known as the best female high jumper in the world.

With anti-Semitism on the rise in Germany in 1933, Gretel left home at age 19 and moved to England. Gretel recalled signs in shops in Germany declaring: “No dogs or Jews allowed.”


In 1935, at the age of 21, she competed and won the British high jump championship in London. A year later, the Nazis convinced her family to bring Gretel back to Germany in order to compete for Germany in the 1936 Olympics. She reportedly cleared 1.60 meters in Germany’s trials but Adolf Hitler, despite the wishes of his Nazi colleagues, decided that she could not join the Olympic team because she was Jewish!

“I had nightmares about the whole thing for months before,” Gretel said in 2015. “How would people on the team treat me? Maybe they would break my leg to keep me from competing. If I won, could I stand up there and salute that man? What if I lost?”

In 1937, Gretel Bergmann was able to obtain papers allowing her to immigrate to the United States. She landed in New York City with no more than $10 – all the money the Germans would allow her to take out of the country. To make a living, she worked as a masseuse and a housemaid, and later as a physical therapist.

She married a fellow German Jewish refugee whom she had met at an athletic training camp in Germany. His name was Dr. Bruno Lambert and he was also a former athlete, a sprinter. They made their home in New York, where they raised their two sons, Glenn and Gary.

Margaret Bergmann Lambert continued to compete in track and field events, but for only a few more years. She won the United States women’s high jump and shot-put championships in 1937 and the high jump again in 1938. She was preparing to try out for the 1940 United States Olympic team when war broke out in Europe; she then focused her attention on trying to get her parents out of Germany. She eventually succeeded in doing so.

However, she never forgot what might have been if Hitler had not intervened in her athletic career. In 1996, she recalled watching an important pre-Olympics meet.

“And suddenly I realized that there were tears just flowing down my cheeks,” she said. “I’m not a crier. But now I just couldn’t help it. I remember watching those athletes, and remembering what it was like for me in 1936, how I could very well have won an Olympic medal.”

That spring Margaret Lambert received a letter from Walter Troger, the president of the German Olympic Committee, inviting her and her husband to be guests at the Atlanta Olympics. She accepted his invitation.

“We feel that Mrs. Lambert was not treated adequately at the time of the Berlin Olympics,” Mr. Troger later told The New York Times. “We wanted to do something for her; we felt she deserved it.”

“I don’t hate all Germans anymore, though I did for a long time,” Margaret Lambert said. “But I’m aware of many Germans trying to make up for wrongs as well as they know how. And, yes, I felt that the young people of Germany should not be held responsible for what their elders did.”

Although she had once vowed never to set foot in Germany again – and had been gone so long, she said, that she could barely speak the language – she was persuaded to return in 1999, when the stadium in Laupheim, where she used to train, was renamed in her honor.

Of her decision, she said, “I was told that they were naming the facilities for me so that when young people ask, ‘Who was Gretel Bergmann?’ they will be told my story, and the story of those times.”

A sports complex in Berlin had been named for her in 1995, and in 2010 the athletic field at Francis Lewis High School in Queens was also renamed for her.

Her German national high jump record was restored in 2009. “It’s very nice,” she said at the time, “except I wouldn’t have committed suicide if it didn’t happen,” she added with a chuckle.

Margaret Bergmann Lambert died at the age of 103 in her home in Queens, happy in the knowledge that she had won the final battle. 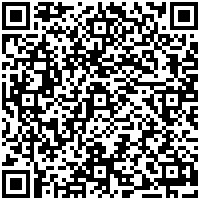