Orna Porat, one of the most beloved Israeli actresses, passed away earlier this month at the age of 91. Yet, it seemed to all who knew her that she died too young. Her youthful enthusiasm for life in Israel, for the Israeli theater and for her Jewish family was remarkable.

Orna Porat was a former Christian and a member of the Hitler Youth. Born Irene Klein in Cologne to a Catholic father and a Protestant mother, she joined the Hitler Youth movement at age ten because she was attracted to its pageantry and songs. She became aware of its true nature when the Gestapo assigned her the task of informing on fellow members – she was fourteen at the time.


Deeply disillusioned, she moved to Schleswig where she attended drama school. It was while performing in a repertory theater there that she met her future husband, Joseph Proter. He was an officer in the British Army and had been serving in the British Mandate of Palestine. He was both a Jew and an Israeli.

It was love at first sight. In 1946, she went to Palestine with Proter, and married him in a civil ceremony. But all along she desired to become a Jew. Her wish was finally granted with her conversion in 1957. At heart she was a Jewish mother and needed to embrace children. To fulfill the need, she and her husband adopted two children, Lital and Yoram.

After being refused by two Israeli theaters, she managed to join the Cameri, the top Israeli stage. Its manager, Yemima Millo, suggested she change her name to a Hebrew-sounding one, and she became Orna Porat.

Her roles, on stage and on screen, ran the gamut from Viola in “Twelfth Night” to Rebbetzin Feige in “Sheindele,” from Shente Shui Ta in “The Good Person of Szechwan” to the title role in “The House of Bernada Alba,” from Joan of Arc in the Shaw play to the title role in Schiller’s “Mary Stuart.”
In 1958 she was appointed to the Cameri’s administrative board. In the early 1960s, Porat spent three years in France and England studying children’s theater. Upon her return to Israel, she founded a children’s theater, under the wing of the Cameri because, as she explained: “Children need good theater, not intellectual pap that talks down to them.”

In 1970, the children’s theater became the independently funded Children and Youth Theater, and Porat ran it for twenty-five years and directed several productions. When she retired the theater was renamed the Orna Porat Theater for Children and Youth.

Orna Porat is survived by her children, Lital and Yoram, and their children, her grandchildren, and her true legacy. 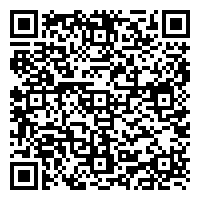