A retrospective on Albert Einstein’s life and work sponsored by Israel’s Ministry of Culture was scheduled to open in China in September, and travel from Beijing to Shanghai, Guangzhou and other cities during a period of several months. The exhibition of 30 posters reproducing photographs, letters and documents relating to the Jewish physicist’s scientific work and personal history was to reflect a new era of cultural cooperation between the two countries. Consequently it came as a surprise when Israel last week cancelled the show.

A seemingly insignificant detail prompted the startling move. Officials at China’s Culture Ministry had asked Israel to remove a paragraph revealing that Einstein was Jewish and an early supporter of the Jewish State who was offered the presidency of Israel by its founders.


Congratulations to Israel for refusing to “de-Judaize” one of the greatest scientists of the century who, unbeknown to many, was indeed a dedicated Jew and a lover of Israel.

Where did this love come from? It is a well-tested axiom that behind every great man there is a woman, and this woman is often his mother. Pauline Koch, the daughter of a prosperous grain merchant, a quiet, pleasant girl with a calm face, dark eyes and rich black hair, was eighteen on August 8, 1876 when she married Hermann Einstein, a businessman from Ulm. Hermann was eleven years older than Pauline, a good-natured, ordinary man, without much ambition or economic success. His electrical engineering workshop subsidized by Pauline’s parents collapsed four years later, and the couple moved to Munich where Hermann entered into another business venture.

Their little son, Albert, was born on March 14, 1879, in a non-descript four-story house in the vicinity of the Ulm railroad. Pauline, a happy, content housewife and mother, without pretensions or ambitions, was devoted to her home and their simple bourgeois lifestyle. But she possessed a mother’s keen insight about her son’s potential, and predicted that one day he would become a great man.

In Munich, where Hermann opened a small electrochemical factory in partnership with his brother, Albert’s sister Maja was born in 1881. Pauline lavished affection on both children but, motivated by her foreknowledge of Albert’s future greatness, she devoted more time to his education. Pauline herself played the piano and she started him on violin lessons when he was only six.

As time went on, Pauline Einstein had every reason to doubt her instinct: her little Albert was a very ordinary pupil, not speaking fluently till the age of nine. Every one else was convinced that Albert’s intelligence was below normal.

When Albert was fifteen, the father’s business failed again, and the family moved to Milan, except Albert who remained in Germany, as he was soon to graduate from secondary school. However, instead of completing secondary school, Albert left school six months later, and chose to wander about Europe.

Pauline’s love and emotional support continued to accompany the young man who marched to the beat of his inner music, and it bore fruit.

In September 1919, Pauline Einstein was dying of cancer in Lucerne, Switzerland, when her son wired her the news of the first empirical confirmation of his theories. Pauline rallied briefly and joined her great son in Berlin where she died early in 1920, having lived to see her forty-year-old prediction come true. 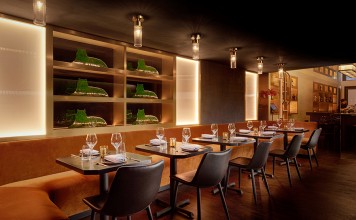